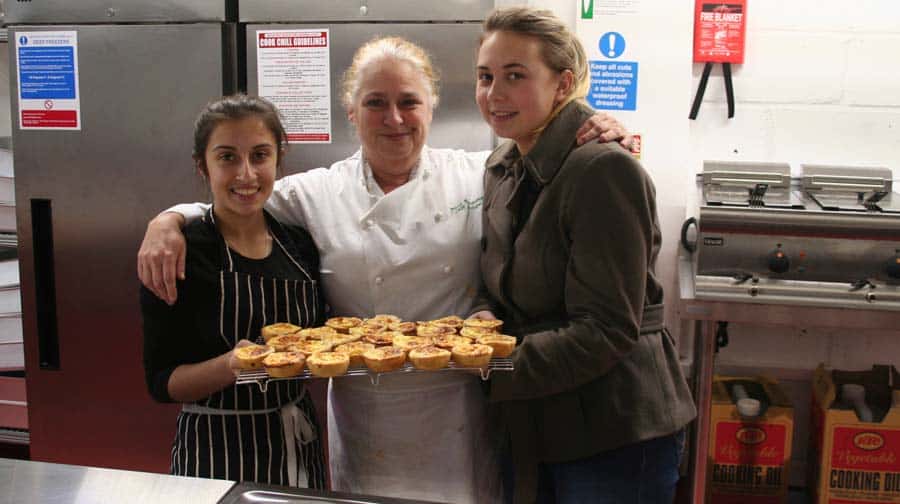 Trainees and tutors at the Bermondsey Community Kitchen have promised to continue cooking up a storm after a £10,000 donation was made by British Land.

The developers, who are behind a huge £2bn new town centre masterplan for Canada Water, made the contribution in order to help support local young people.

Eleanor Wright, Community Executive for British Land, said: “I’m delighted to be able to support the Bermondsey Community Kitchen and help them to deliver on their aims to help young people experience and qualifications in the catering world.

“I hope this funding will be the start of a long-term relationship between British Land and the Community Kitchen.”

The Bermondsey Community Kitchen was set up by Mike Donovan, owner of Dunns Deli in the Blue Market Square, to help get young people off the streets and into a rewarding, challenging profession.

The trainees at the centre, which officially opened in September, are keeping busy. Ranna Ameer, eighteen, said: “It’s been really good but busy. We’re doing a lot of buffets for people. We recently had one for 55 people, then one for 20, and now we’re planning a dinner for eighteen people and a buffet for 80 – so we’re keeping busy!”

Shannen Dempsey, 21, said: “This course is much better than most. It’s focused on the students, rather than just on grades and results. Jenny [Armstrong, the tutor] and Mike [Donovan, owner of Dunns Deli and founder of the centre] really care.”

Jenny said that the community project taught more than just cooking. She said: “It’s about working in a team, about everyone engaging with each other. Some of the trainees have illnesses so it can make them aware of other people and their needs. “Because of the work we do catering for different groups, it also helps the trainees interact with the elderly. It’s not just about cooking, it’s about people in the community.”