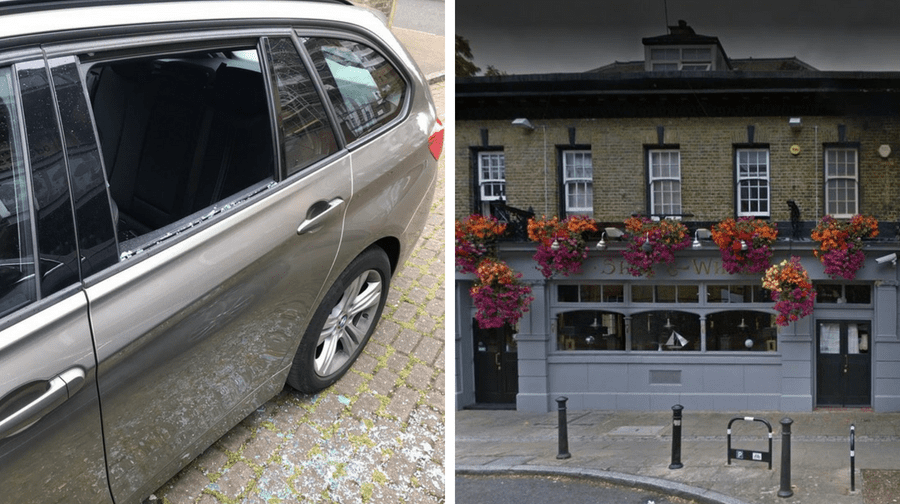 A trainee paramedic is appealing for his stolen rucksack with two years’ worth of work inside to be returned so he can finish his course.

Sylvester Kowalczyk, 42, left the black Gap rucksack inside his car parked outside of The Ship and Whale pub, in Rotherhithe, after finishing a night shift at about 3am on Saturday.

But he was woken by his wife Basha, who owns the pub, after someone smashed the rear left window and ran off with the bag at about 11.30am.

Sylvester is currently an ambulance technician with London Ambulance Service and had been on track to finish his training to become a paramedic at the end of the year – but this could all be put on hold unless he finds the missing coursework.

Speaking to the News, his wife Basha, 38, said the couple were holding out hope that it would be found.

“It really upset him obviously,” said the mother-of-one, who has owned the Ship and Whale for thirteen years.

“His paramedic portfolio from the last two years was stolen so all the jobs he was doing were signed by other paramedics and it’s really important because if he doesn’t find it he won’t be able to finish his course.

“There wasn’t a wallet inside or any phones so it was not important to [the person who took it] – it was just this A4-size folder with his work in.

“I’m worried if [the person who stole it] ran off towards the riverside [they] might have dropped the rucksack in the river but we are still hoping we find it.”

“I always think if you do good things for someone good things come back so I’m still hoping someone is going to find it.”

The folder is described as a white A4 folder with ‘ORMS’ printed on it.

A Metropolitan Police spokesperson said: “Police were called on Saturday, May 12, at around 11.05am to Odessa Street, SE16, to a report of a man seen breaking into a car.

“Officers attended and the suspect had made off prior to their arrival.

“It was established that a bag was taken from the vehicle by the suspect.”

There have been no arrests and police continue to investigate.