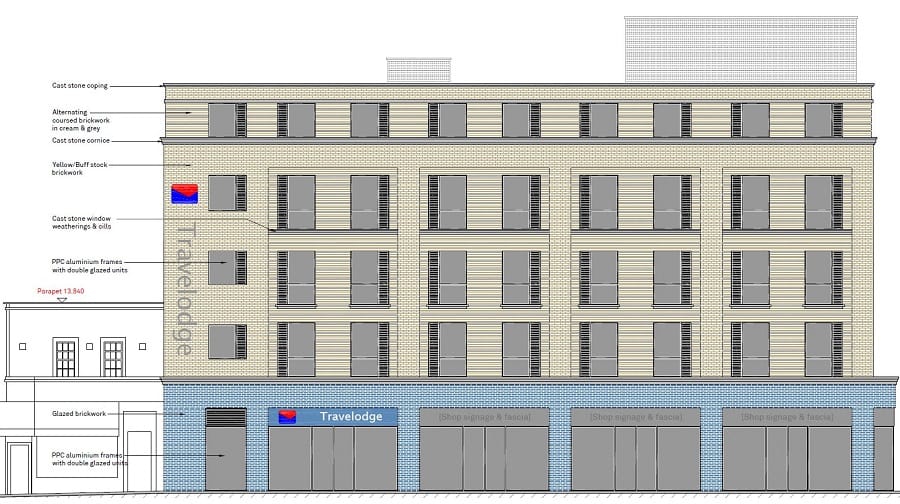 Plans for new Travelodge in Peckham

Plans for a Travelodge hotel in Peckham High Street have been approved by the council.

Permission for the hotel chain to build the five-storey block at no. 125 was given by planning officers on September 8, rather than by Planning Committee.

Its construction will also require the demolition of the Post Office, Liz Dynamic Designs clothes shop, and the Payless convenience shop. But the plans say that a new retail space will be provided for the Post Office to return to, after it moves to a temporary home.

Travelodge, which owns 500 branches in the UK, say it will create five full-time jobs, and twelve part-time jobs.

Eileen Conn of community group Peckham Vision previously said the idea of having a new hotel on the site would be “welcome”, but criticised the design by ROH Architects as “depressingly bland and characterless”.