The people behind Spanish restaurant Miss Tapas and new Taiwanese restaurant Mr Bao were married at a church ceremony in Seville, southern Spain 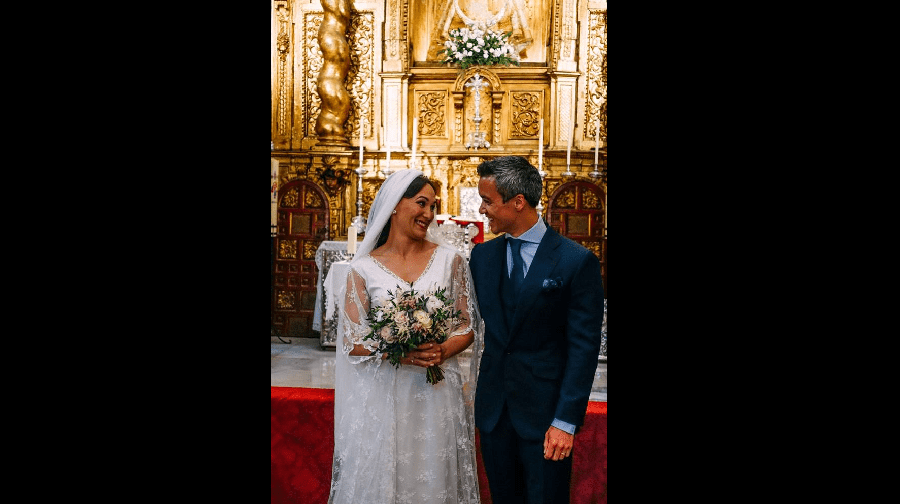 The founders of two trendy Peckham restaurants joined forces this weekend, not in the kitchen but at the alter, writes Emma Finamore…

The people behind Spanish restaurant Miss Tapas and new Taiwanese restaurant Mr Bao were married at a church ceremony in Seville, southern Spain, on Saturday, May 28.

The foodie twosome – real names Frank Yeung (Mr Bao) and Blanca Rowe (Miss Tapas), changing her surname to Yeung – met, aptly, in a restaurant a few years ago. The pair got chatting and bonded over their shared interests. They moved to Peckham as a couple and in 2015 co-founded Miss Tapas on Choumert Road. Mr Bao, with its speciality menu of steamed buns, opened on Rye Lane in January of this year, founded by Yeung and his business partner Nick Birkett.

“It’s been mind-blowing really, 150 people joined us,” said Frank, speaking to the News at the airport waiting for his plane back to the UK. “We brought the staff from both restaurants because we’ve all become really close.”

The foodie power couple followed their church ceremony with a “big party” said Frank, and they celebrated with a fitting amount of food: “Canapés, lots of Spanish jambon, tapas, then a three course meal. And we had a big English wedding cake – all the UK guests really enjoyed that.”

According to Frank, being restaurant-owners is not an issue for the pair – in fact it helps their relationship. “It’s not at all difficult being in the same industry. We love the same things, especially eating out of course, trying out new restaurants and going back to our old favourites,” he said. “And we run on the same schedule. For some couples it’s hard if one of them is in the industry, with the late hours, but with us we’re both on the same timetable and we make sure we take the same days off.”

Peckham residents expressed happy surprise on Twitter after a sign was left on the door of Miss Tapas announcing the wedding – many had not known the two restaurants were linked. Jess Brammar said: “This is amazing! Had no idea Peckham had such a lovely foodie couple in our midst! Congrats guys.”

The small business owners only took four days off for celebrations, leaving the UK on Friday, May  27 and returning on Tuesday, May 31, both reopening their restaurants soon after.

Philip Pullman is Back at The Bridge