'Grandad, you will never understand how much I loved you. Why was you taken like this?' 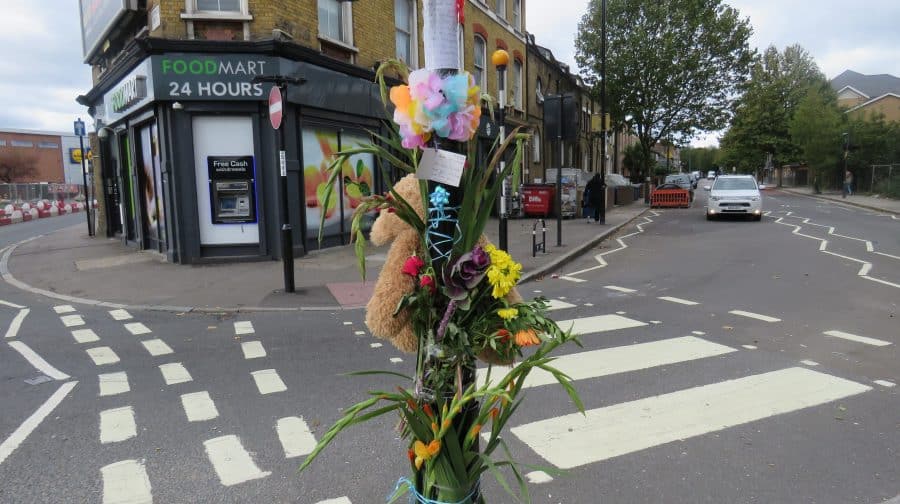 Tributes have been left to an 82-year-old cyclist who tragically died in a collision on Saturday (September 29) on a street earmarked for a new Cycle Superhighway.

Flowers and cards have been left by family and well-wishers to the grandfather, who was killed after being struck by a Mercedes Benz in Evelyn Street, Deptford, at 10:15am.

Police and the ambulance services rushed to his aid, but the cyclist was pronounced dead at the scene.

“Grandad, you will never understand how much I loved you. Why was you taken like this? I love you always and forever,” one moving card left at the scene of the collision read.

Another family member paid tribute to the “wise, strong, independent” grandfather “who taught me so much.” Other well-wishers left candles, teddy bears and notes of condolence near to the lampposts where the collision took place.

Cycling safety campaigners said the tragedy reiterated the need for the CS4 highway, a proposed 2.5 mile segregated cycle lane from Tower Bridge to Greenwich, to be installed.

An initial consultation on the proposed CS4 Superhighway published in March found overwhelming support for the idea, with 83 per cent of respondents in favour of the proposed route.

Modelling has been completed on the sections of the highway managed by TfL, with detailed design plans starting late last month.

A spokesperson for the Mayor said: “Our thoughts are with the family and friends of the cyclist tragically killed in Deptford this weekend.

“The Mayor is committed to doing more than ever before to make cycling safer across London, which is why he’s investing record amounts in new cycling infrastructure like new cycle Superhighways, Quietways, and improving London’s most dangerous junctions across London.”

At the time of writing, the pensioner had not yet been formally identified but his next-of-kin have been informed.