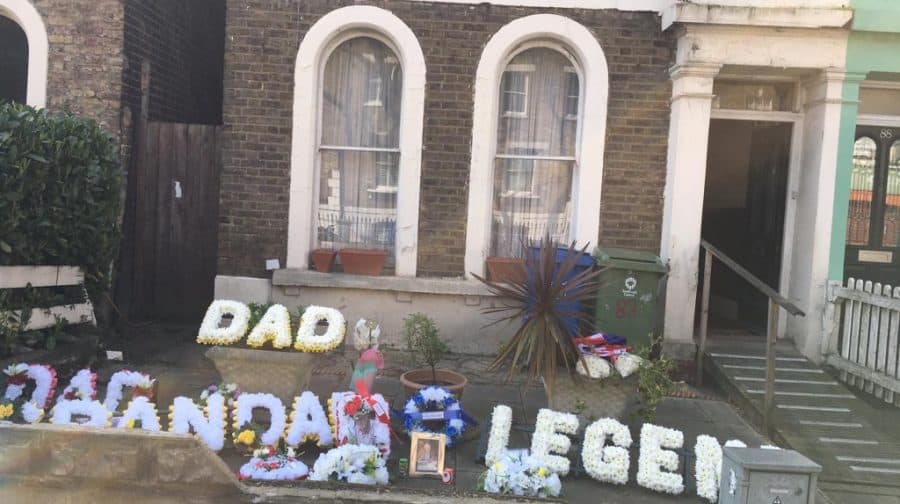 Tributes have been paid from over the world to an old-school Bermondsey gentleman who has passed away aged 91.

Bill Brenland was well-known around Bermondsey’s Blue, where he had lived for nearly five decades before sadly passing away from pneumonia.

But he was known further afield too, for videos on local history on YouTube, which his daughter Sally uploaded for him.

Bill was born in 1928, and had his formative years during the war. Like many of that generation, he knew tragedy as a result of the Blitz.

On the first day of the bombing, Bill had been out playing outdoors with his sister. His father went looking for him but was forced to shelter inside Keeton’s Road School.

The school took a direct hit – and Bill’s dad was among those killed.

As a result of these tough years, being brought up by a single mother of twelve children, Bill was always determined to provide for his family, relatives say.

“His mum didn’t get help from anyone. So it was hard for him growing up – my dad had this thing where he went without so he would make sure we didn’t,” says his daughter Sally.

The family man had started work aged fourteen – he could only afford a pair of lady’s shoes to work in, so had to cut the heels off.

In time, he became an engineer on the Thames flood defences before becoming a park keeper for the council.

When not working Bill loved gardening, a game of bingo, which he rarely won, and had an extensive collection of bits and bobs which he would always find a use for.

He loved animals, too. Sally remembers bringing home all manner of wounded and stray animals to their home in Southwark Park Road growing up. Bill, pictured in August 2019, as he spoke to the News

“I just used to take stray cats home, especially the sick ones,” she said. “And he used to stay up all night, he would put some Bovril in an eyedropper to feed them.”

Sadly, because of the coronavirus pandemic, only ten people were allowed to attend Bill’s funeral on April 9, with others watching over the internet.

“I would’ve given him the biggest funeral Bermondsey has ever seen, but because of the circumstances we weren’t able to,” says Sally. She has placed a plaque to Bill in her home in the New Forest – and a candle she has lit in his memory since the day of the funeral has not gone out.

“It’s a life to celebrate, not to mourn,” says Sally. “He was my dad and my best friend. He was a friend to all and an enemy to no-one – proper old school, they don’t make men like that any more.

“He would’ve said: ‘Farewell Bermondsey and Rotherhithe – until we meet again.’”