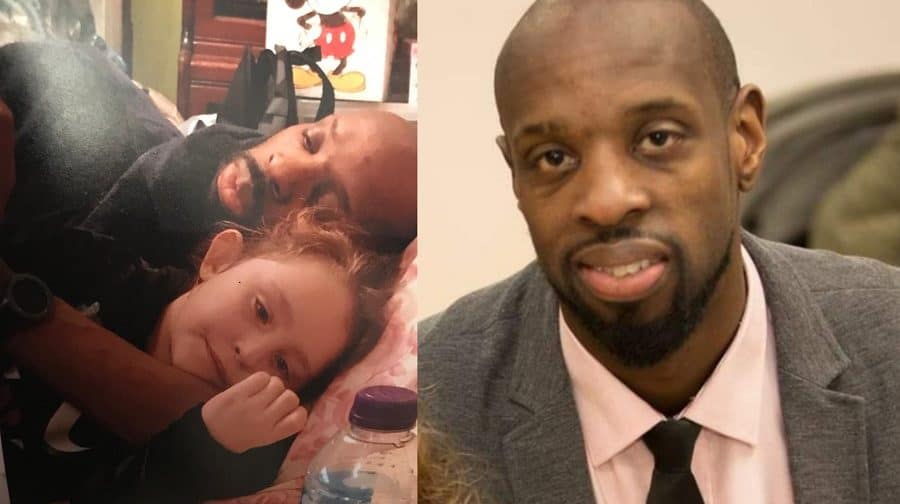 Tributes have been paid to a ‘smiley and bubbly’ Bermondsey man who sadly died of a sudden pulmonary ebolism, leaving his fiancee and seven-year-old daughter devastated.

Easton Jr Shagourie Gayle – known as JR to friends – sadly passed away on April 12, aged only 35.

JR, who worked as a frontline worker in Victoria Station, is remembered by his loved ones as a “big friendly giant,” who loved playing darts and following Arsenal and West Ham in football.

“He would get along with anybody, he always had a smile from ear to ear,” his fiancee, Lisa  Burgess said.

“JR was just a bubbly guy, he had so many friends both sides of the river. He was such a good father to our daughter, Nevaeh.

“He was just happy all the time, he was never in an argument with anybody, everybody loved being around him.”

The eldest of four, JR was born in West Ham before moving to Bermondsey for work where he met Lisa.

They had been working in childcare together, before his career took a separate path. “We were both in child care, we got on so well and then we got together – that was nearly ten years ago,” says Lisa.

JR popped the question on February 13 last year – it would have been Valentine’s Day, but their schedules didn’t allow it, Lisa laughed.

Arrangements for the wedding had not yet been made, his loving fiancee tells the News.

“Because we’re young, you just think, ‘We’ve got our whole life, so that can come later,’” she says.

Tragically, before the big day could arrive, JR fell ill suddenly. “It was so shocking. He had an embolism and contracted pneumonia which put JR into cardiac arrest,” says Lisa. “He’d been complaining of back pain from the chairs at work, but he was so laid back he would never say if he was in pain.”

JR had been working until he was taken ill as a Security guard at Victoria station.

“The hospital were really good, they did everything they could, they gave him all the support they could,” adds Lisa.

Because of the coronavirus pandemic, only ten people were allowed at JR’s funeral on May 1st. Under normal circumstances, the room would have been packed out for the popular 35-year-old says Lisa.

In place of flowers, a GoFundMe was set up by JR’s friend, Dibi Olopoenia, in her pal’s memory, with the funds being placed in a trust for Nevaeh’s future.

An initial target of £500 has been smashed in the popular man’s memory, hitting nearly £2,700 to date.

“Losing JR has broken our hearts into a million pieces,” states the page, written by Dibi.

“We wake up hoping that it’s a nightmare that just isn’t real. Sadly, we are now facing a reality without our beloved JR. It still feels so surreal.”

The outpouring of love for JR has overwhelmed Lisa and JR’s mum.“He had a lot of friends out there who’ve supported him and loved him,” she says.

The GoFundMe page can be found by visiting https://www.gofundme.com/f/jr-memorial.