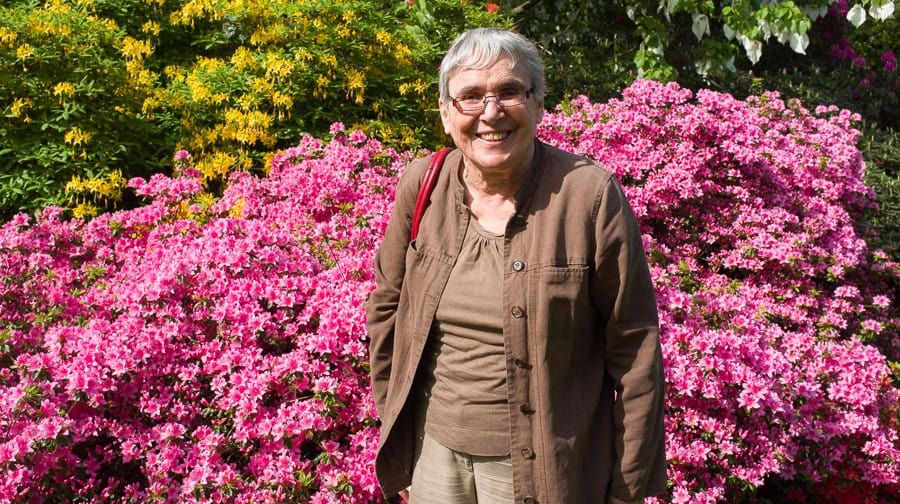 A tree will be planted in memory of a community stalwart who was laid to rest in a woodland burial this week.

Mother-of-two Anne Macnaughton was a trained nurse who became a Governor at King’s College Hospital and the chair of Walworth Garden Farm.

After living in Walworth for twenty years, Anne was heavily involved in community activities in the area, and was a founding member of the Friends of Pasley Park (FOPP).

“Anne was very dedicated to the park,” said fellow FOPP member, Peta Steel, who confirmed plans were underway to plant a tree in her honour.

“She was a very determined and feisty woman and she did a great deal to help a lot of people.”

Anne was also politically active and described as a “close colleague” by Liberal Democrat MP for Bermondsey and Old Southwark, Simon Hughes.

“Anne was widely appreciated as the experienced and wise head of my constituency office for some years,” said Mr Hughes.

“Anne’s children Vanessa and Alex can be very proud of their mum,” he added.

At 80 years of age, Anne lost her dignified battle against cancer in St. Christopher’s Hospice on January 17, when she died peacefully in her sleep.

After returning home from the hospice before Christmas, Mr Hughes remembers visiting his friend for the last time.

“She was in typically brave and cheerful form as she faced her final days,” said Mr Hughes.

The MP added:?“We had a very happy Christmas Day tea at her SE17 home, when I spent time with her for the last time. She will be greatly missed.”

Anne’s son Alex said her days in Walworth were “the happiest days of her life” after she was laid to rest at the Sustainability Centre in Petersfield in Hampshire on Monday.