“It was a model marriage... something for me and my sister to look up to. He was my teacher and master of everything” 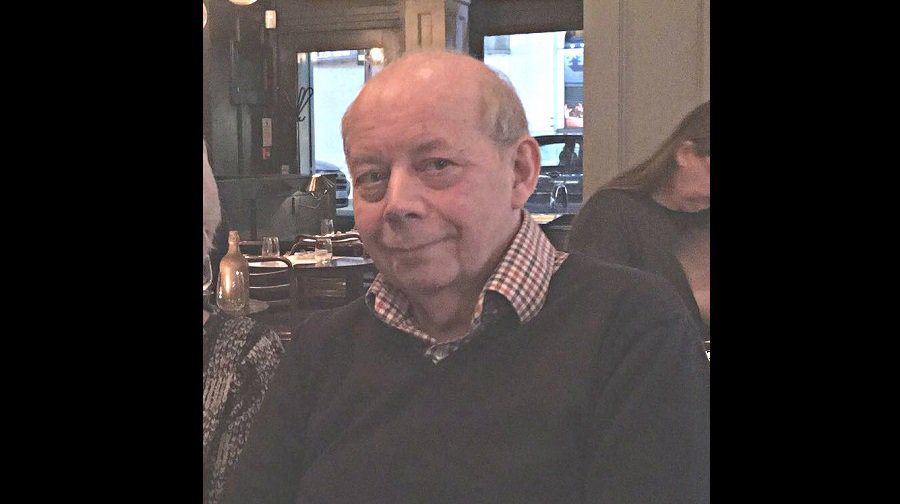 Tributes have been paid to the late landlord of the Moby Dick pub in Rotherhithe, Joe Springate, following his funeral on Monday.

His son Wayne described the 69-year-old as the “salt of the earth”, and was delighted with the “phenomenal” send off from the pub’s old boys and regulars.

He and wife Terry owned the lease on the Moby Dick for seventeen years. Before that, they ran the St John’s Tavern in Tooley Street, which today is the Red Bull Studios.

“He had his fingers in a lot of pies,” Wayne said, “which was the beauty of being of able to reminisce about his life with everyone at the funeral.”

Joe was born at St Thomas’ Hospital and grew up near Walworth Road. He went to school at Tower Bridge Secondary Modern. He then graduated from the London School of Printing and Graphic Art, before it was renamed London College of Communication in the 1960s. But he also worked as a landscaper, and at a bacon factory in Long Lane.

Joe and Terry met on holiday in the Isle of Sheppey, and where they stayed to run a business. Wayne said his mum and dad moved to Leamington Spa, and returned to London in the early ‘90s.

He added that his old man “had an indulgence for Jags” and sold one of his last three of the prized motors not long before he died.

Wayne, 46, also described his dad as a “sentimental” guy. “He never threw anything away. He found value in everything, much like an old American expression, ‘one man’s trash is another man’s treasure’.”

Joe’s death on July 16 came shortly before his 50th wedding anniversary with Terry. “It was a model marriage,” Wayne said, “something for me and my sister to look up to. He was my teacher and master of everything.”

Joe was diagnosed with bowel cancer (colorectal cancer)  in early 2016 and was treated until his death at London Bridge Hospital.

Wayne said his father had “a couple of complications” during surgery, but was given the all-clear later that year. “Then, in a check-up, they found it had spread to his pelvic area.

“He then had chemo toxicity. It created an infection which his doctors were unable to treat. He then couldn’t have any treatment. He passed away soon after. But the treatment he received was outstanding. He wanted to pass on his appreciation to all the staff, who looked after him until he died.”

More than £600 was also collected at the funeral for Joe’s favourite old charity, the Freddie Farmer Foundation – a physiotherapy centre set up to help the disabled son of one of Joe’s old regulars at The Moby Dick.

Joe is survived by his wife Terry, his son Wayne and daughter Sherry, and Sherry’s two sons Max and Joe.

The Moby Dick will now be managed by Terry, with all the pub’s staff as their “extended family”.

He was a very friendly man who always had something to chat about. He gave me cuttings of Aloe Vera years ago which I still have today. I wasn’t aware he was unwell and am very sad to hear he has passed away. Love to Terry and the family. Love Dawn, Jeff & Brad xx