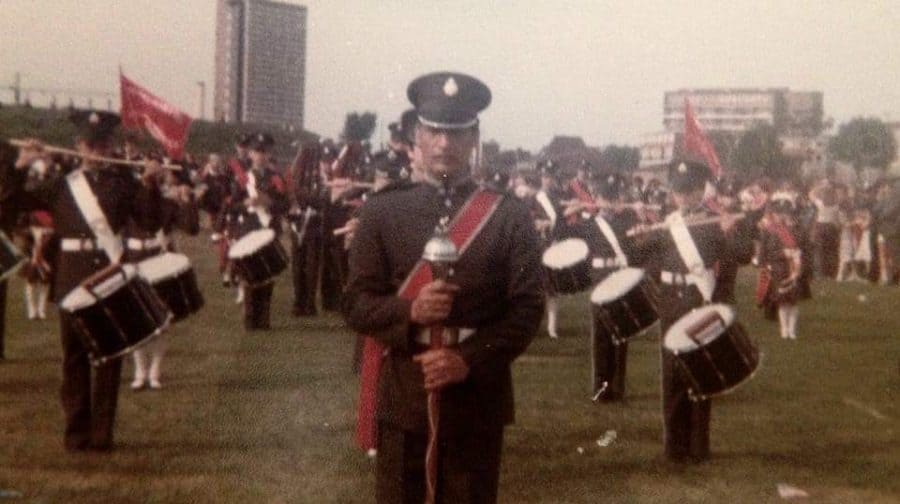 Moving tributes have been paid to a “true legend” who turned around the lives of Bermondsey and Rotherhithe children with his drum and trumpet band.

John ‘Skip’ Howard, a former caretaker at the now-demolished St Mary’s school in Rotherhithe, ran the Rotherhithe Drum and Trumpet Corps from the 1970s for over 25 years and is described as being like a dad to the band’s members.

Paul Haines, 48, who founded a Facebook group dedicated to memories of the band – which stopped after the school was demolished – said that John took him under his wing when he was a pupil there.

Mr Haines said: “I was a little bit of a sod, and he took me under his wing and the next thing I knew I was in the band.

“He did it to everyone – he was like a dad to all of us. Lots of the kids in the band had issues but he did a lot for us.

“The kids had nothing and nowhere to go. But you’d knock on his house at any time and he’d give you a cup of tea and some sandwiches.”

He added: “If it wasn’t for that band I wouldn’t be here today.” The band ran for over 25 years, taking parts in regular fetes both at home and abroad

Sadly the Howard family has been hit by double tragedy – as only five days after ‘Skip’ passed away on October 11th,  so did his son Graham.

John’s son and Graham’s brother, Rodney, 57, paid tribute to his father, saying: “He was a great dad.

“He was always there for us, we all loved him.”

Mr Howard also paid tribute to his brother Graham, whom he described as “a care-free spirit who always lived his life to the full even until the very end.”

John and Graham’s funeral will be held on Friday November 2nd at Charing Crematorium, in Ashford, Kent from 2:40pm.