'Our dad was a real gentleman, a good and loyal husband, a caring father, grandfather and great grandfather' 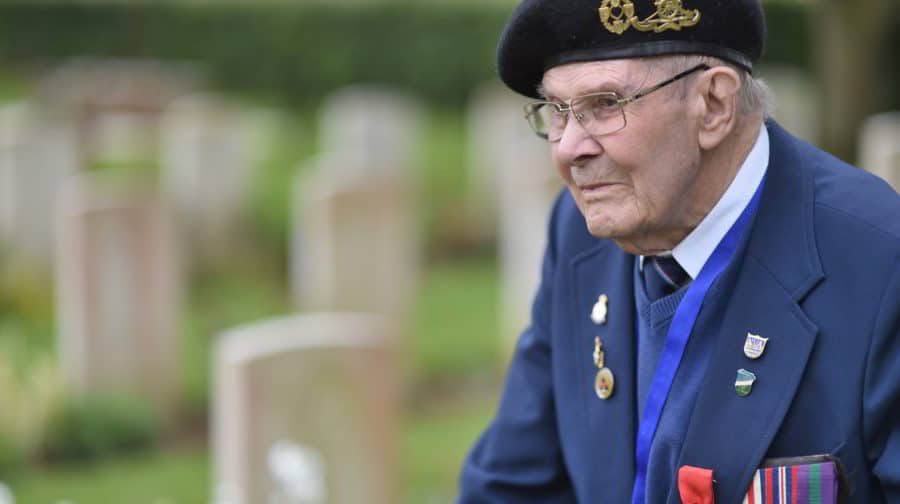 Albert Holmshaw, who spent his last years in Peckham

Tributes have been paid to a Second World War hero who passed away in Peckham this month at the age of 96.

Albert Holmshaw, known as Bert, died on Monday, January 11.  Born in Sheffield, the Yorkshireman had relocated to Peckham three years ago to live with his daughter Janet, and had thrown himself into a new life in Southwark.

As well as making friends through Link Age Southwark and East Dulwich’s British Legion, he was also a much-loved member of the Taxi Charity for Military Veterans, going back to Normandy with the organisation in 2018 and 2019 to mark the D-Day anniversary.

During WW2 Bert signed up to the Royal Electrical and Mechanical Engineers, attached to the 7th Field Regiment Royal Artillery. He was part of the main assault division for SWORD Beach on D-Day, and was subsequently awarded the Legion of Honour, France’s highest order of merit for his role in action.

After the war he worked in Sheffield and the midlands as a mechanic and for the Ministry of Transport before retiring.

He married Betty in 1949 and they went on to have two daughters, Janet and Christine, two grandchildren and two great-grandchildren.

During lockdown Bert had been making a concerted effort to keep fit by going up and down the stairs to make sure he could make the most of life when things go back to normal. He died unexpectedly as, despite his age, Bert was in excellent health. His daughters, Janet Holmshaw and Christine Orton, said: “Our dad was a real gentleman, a good and loyal husband, a caring father, grandfather and great grandfather.

“He will be sadly and greatly missed. We have so many memories of our visits to Normandy. He always loved to go whenever he was able to and we were lucky to experience some of these trips with him.

“What we have taken most from our Normandy trips is the camaraderie of all the forces, both serving and veterans, and the high esteem in which the French, of all ages, hold each one of the veterans, coupled with the gratitude they show to them.

“A high spot of these trips for dad was to visit and be included in the celebrations of the first small village which dad helped to liberate the day after the D-Day landings, Périers-sur-le-Dan, who hold their own memorial celebrations each year.

“We have always been proud of our dad, but on these occasions are overwhelmed by the courage of him and his fellow comrades. Heroes every one of them.” 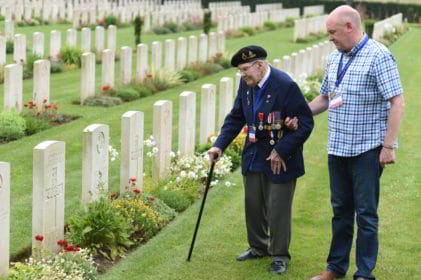 Dick Goodwin, vice president, Taxi Charity for Military Veterans, said: “When I spoke to Bert the first time, I was stunned when he told me he was a R.E.M.E LAD attached to the same Field Reg (7th) my dad was in.

“He was a wealth of information on our trips back to Normandy talking about the early days after D-Day and where the Regiment’s guns were sited and taking us to small monuments I never even knew existed.

“He was a regular visitor to Périers-sur-le-Dan and the service held there every year on June 7 to the men that were lost.

“It was always very emotional to be with Bert at the cemeteries visiting his fallen comrades. I will be eternally grateful to him for sharing his WWII stories with me and being such a great friend.” 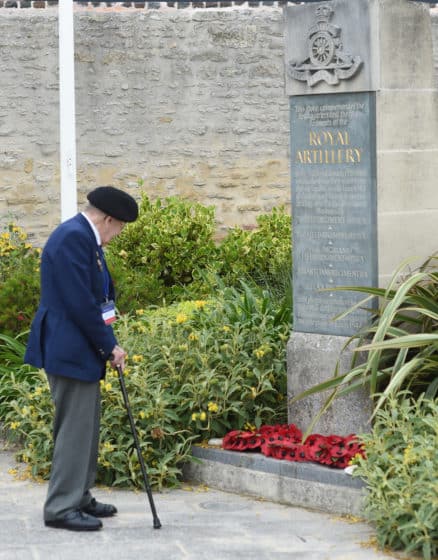