Much-loved Karla Pappon had taken part in the cycling challenge in memory of former head girl Ruby Fuller, who died from leukaemia in May 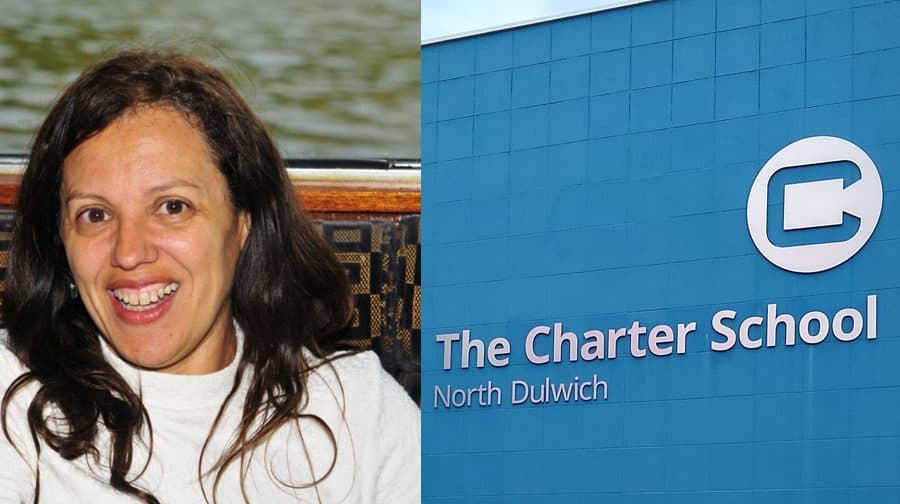 A teacher who sustained a serious head injury while taking part in a charity bike ride in memory of one of  the pupils at her school has died in hospital.

In a statement published on the Charter School North Dulwich website last week, head teacher Christian Hicks said Karla Pappon had passed away ‘peacefully’ at 5pm on Sunday, October 4, after two weeks in the care of St George’s Hospital in Tooting.

Karla, the school’s assistant special educational needs coordinator, was involved in a tragic accident during a London to Brighton sponsored ride she was taking part in with nineteen other members of staff on September 19.

Her death is a double tragedy for the school’s close-knit community as the challenge was held in honour of a former student, head girl Ruby Fuller, who died in May of this year from leukaemia.

The ride was held in September during childhood cancer awareness month.

So far, more than £15,000 has been raised towards research into new blood cancer treatments in memory of Ruby, who would have turned nineteen this month. 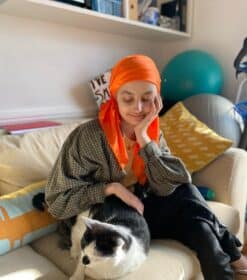 Ruby, just weeks before she died

Ruby’s mother, Emma, said she was ‘desperately sad’ at how the bike ride had ended, and how ‘unbearably cruel’ life can be – saying her thoughts were with Karla’s family.

Described as much-loved and with ‘boundless enthusiasm and energy’, Karla had worked in the school’s learning support department for a decade; specialising in maths.

Karla also ran the school’s tennis club and was involved in various volunteer groups including the Duke of Edinburgh programme.

The school closed early on Friday last week to give staff and students time to reflect on the tragedy.

In his address to the school, head teacher Christian Hicks said: “Karla was an outstanding member of staff, loved by colleagues, students and parents for her warmth, kindness and humour.

“She was an excellent teacher and a wonderful person who contributed so much to the school and gave so much to our students, particularly to our most vulnerable students.

“As head teacher, I talk to staff and students regularly about our values of excellence and family – helping students to be the best they can be, going the extra mile, and showing care and love for those around us – nobody embodied these values on a day-to-day basis more than Karla.

“Her dedication to her students has been incredibly inspiring to those around her and as a school we are so grateful to have benefitted from her generosity of spirit, her energy and her dedication over many years.  She truly embodied the very best of Charter.”

In tributes shared in an online book of memories and condolences, one parent described her son’s lasting memory of Karla as ‘smiling, ready to help’, while another said the ‘enthusiasm, kindness and dedication’ shown towards their daughter would always be remembered: “You’ve helped give her the confidence to move forward in life, you’ll always be part of her successes.”

Students described her as ‘caring and enthusiastic. I would treasure all the memories I had with Ms Pappon’, ‘an amazing teacher’, and someone who ‘listened to all my worries throughout the years, supported us all through them’.

In the words of one devastated parent: “I am so grateful to Karla, who was a support not only to my children but also myself, navigating through the rollercoaster of life.

“Karla was generous and selfless, committed to the children and her school and all the people close to her.

“Her spirit was so strong – always throwing herself into things with gusto. She has done so much for so many.

“She is resting with the angels and will always be remembered – we love you and appreciate you so much Karla – thank you.”

Speaking to the News on Tuesday, Mr Hicks said the school will take some time to think of ways to honour Karla’s legacy but, in the meantime, he hopes the school’s community will continue to support the fundraising challenge she was taking part in at the time of her injury.

“Raising £15,000 is an incredible achievement,” he said. “We will always remember Ruby and Karla, they will always be part of our Charter community.”

To donate to the fundraising campaign in memory of Ruby, visit: https://www.justgiving.com/fundraising/charterbrightonride2020