A firm favourite is The Fighting Temeraire, shown flying a white flag as it surrenders to age and neglect, the once magnificent sailing ship now being tugged by steam on its final journey to be broken up at Rotherhithe and the timber sold off. 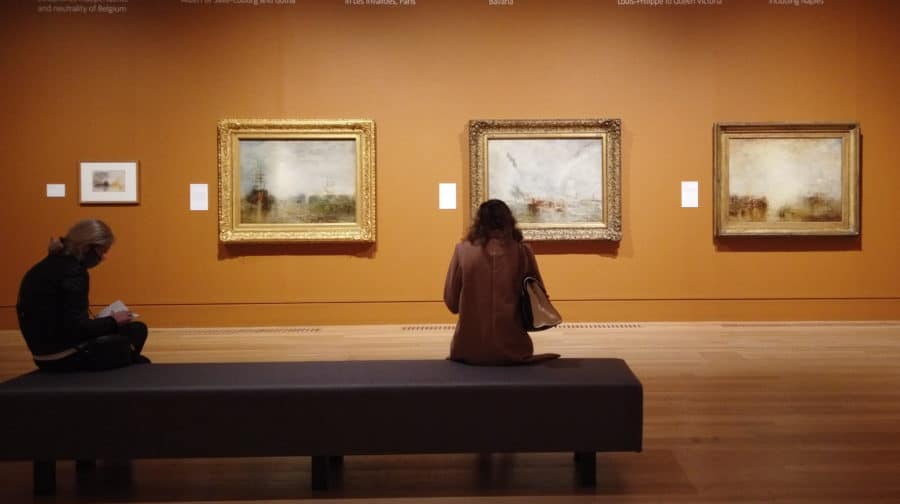 Three oil paintings of whaling ships that did not attract buyers

Britain was at war for a large portion of Turner’s life; it was a time of empire building overseas with an industrial explosion at home, and Joseph Mallord William Turner was documenting every aspect of life during that stormy time, writes Michael Holland.

As the nation’s wealth grew, so Turner painted the wars and the battles, as well as the canals and the machinery. He intrepidly visited battlefields and spoke to survivors and eye-witnesses to give his art honesty and integrity; he blotted his landscapes with dark, satanic mills. And while he sold his paintings to the old rich he was opening his mind to the new ideas of writers and poets. Early paintings that once glorified war changed to works that showed the dying and the reality of conflict abroad, and also how it affected the people at home.

He was a chronicler of his ever-changing contemporary world and kept abreast of those changes; Turner’s passion for waterways came through in his work, and he was there when steam and the railways made canals more or less obsolete. At times his paintings were straightforward depictions of the world, at others there were obscure metaphors to hide his liberal leanings. Nevertheless, he covered parliamentary reform, and the slave trade in many artworks. His painting Slave Ship shows how the tragic human cargo was tossed overboard to save the ship in a storm and claim on the insurance. His Stoneyhurst, Lancashire work shows a picturesque scene of boisterous boys playing by a river with a school in the background. Reading it allegorically, the image one gets is completely different as it represents the government’s U-turn on the rights of Roman Catholics.

In the 1840s Turner’s art became more adventurous and less traditional, concentrating more on atmosphere and light, for which he gained new supporters but also lost customers – and even had one buyer return a painting! More importantly, his fame lived on; his style influenced many who came after, and some say he was the first impressionist.

The exhibition educates as well as delights. Who knew that he sometimes called on others to paint animals into his landscapes? His battles of Waterloo and Trafalgar paintings were based on notes he took from sailors aboard HMS Victory, and he sketched the ‘carnage’ and terrain when shown round the Waterloo battlefield. Born in another time, perhaps Turner would have been a photojournalist.

The exhibition notes inform us that ‘The uncompromising style Turner was using in the mid-1840s usually baffled his critics… these paintings… would almost certainly have been ridiculed in the press’.

But not any more. 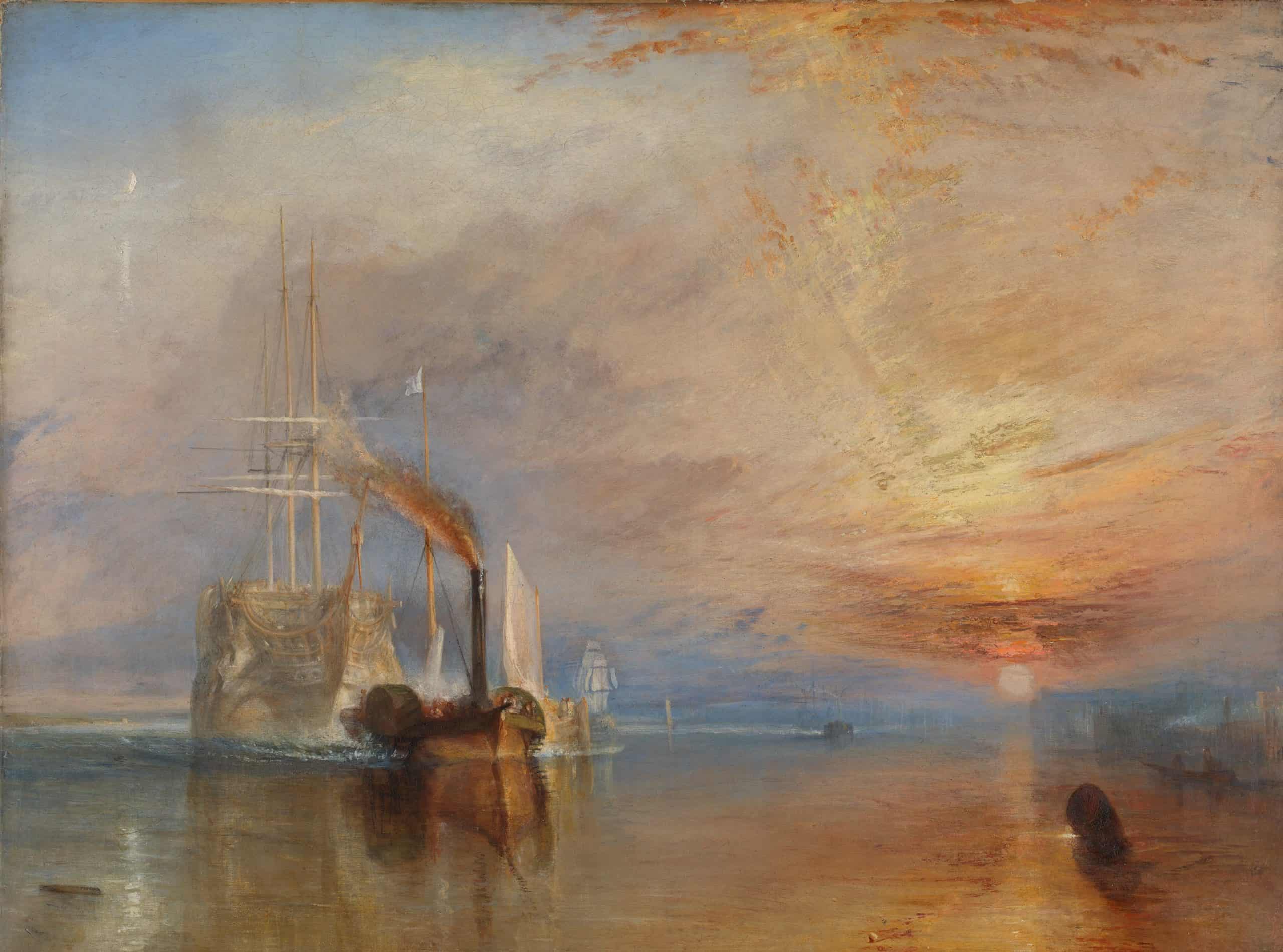 Local flavour was added by ‘London From Greenwich Park, with the eye drawn over the Royal Naval College, down the river to Southwark and across to St Paul’s. A firm favourite for Rotherhithe people is The Fighting Temeraire, shown flying a white flag as it surrenders to age and neglect, the once magnificent sailing ship now being tugged by steam on its final journey to be broken up at Rotherhithe and the timber sold off.

At least some of the wood was salvaged and turned into a communion table and two chairs in St Mary’s Church, which itself has a great maritime connection.

Turner’s Modern World is on at Tate Britain, Millbank, SW1P 4RG until 7th March 2021. Admission: £22. Timed tickets have to be pre-booked: https://www.tate.org.uk/whats-on/tate-britain/exhibition/turners-modern-world