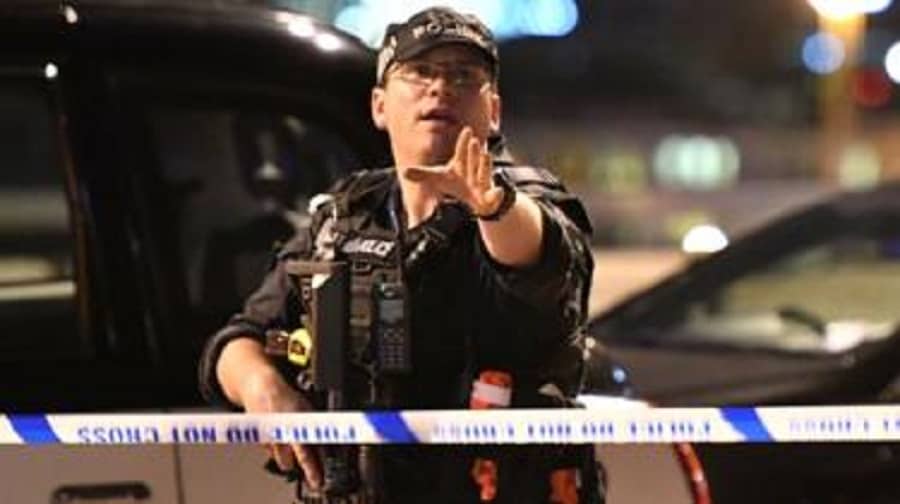 Twelve people have been arrested in connection with last night’s terror attack in London Bridge and Borough Market.

Officers from the Met’s Counter Terrorism Command have this morning, Sunday, arrested twelve people in Barking, east London, and searches of a number of addresses in Barking continue.

It comes after a white van mowed down pedestrians on London Bridge at about 10.08pm yesterday.

The van then drove to Borough Market where three men jumped out and stabbed a number of people.

The suspects were wearing what police now say were hoax suicide vests.

Armed officers confronted the three suspects who were shot and killed in Borough Market.

Seven people have died, in addition to the three attackers shot dead by police.

A further 48 people were taken to hospital, some of whom are believed to be suffering serious and life-threatening injuries.

The Met is in the process of informing next of kin and specialist officers are providing support to families.

An emergency number has been established for anyone who is concerned for loved ones who may not have returned home. This is Casualty Bureau on 0800 0961 233.

Among those injured in the attack was a British Transport Police officer and an off-duty Metropolitan Police officer. Both remain in hospital with serious injuries but neither are believed to be in a life-threatening condition.

Cordons remain in place and members of the public are asked to stay away from the London Bridge and Borough Market area.

The public is urged to remain calm but vigilant and to report anything suspicious to the anti-terrorism hotline on 0800 789 321.

Anyone who has images or film of the incident is asked to pass those to police by uploading it at www.ukpoliceimageappeal.co.uk.