21 firefighters and officers were called to the scene 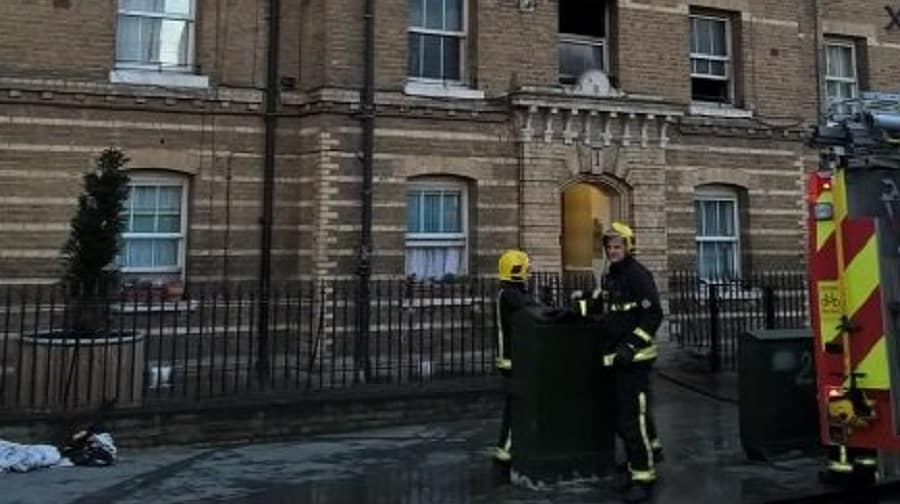 Twelve people were evacuated from a five-storey block of flats following a fire in Blackfriars Road.

Four fire engines and 21 firefighters and officers were called to the fire at a block of flats in Peabody Square at 5.17am today, Monday.

A dozen people evacuated the building before the brigade arrived after a fire broke out on the first floor.

Half of a first-floor maisonette was damaged by the fire and the incident was over by 6.17am.

Watch manager John Broadfield, who was at the scene, said: “When the brigade arrived there was a visible fire coming from the first floor of the building.

“The crews worked hard to put out the fire.  They managed to contain it to the first floor and avoided it spreading to other properties.”

Fire crews from Dowgate, Lambeth and Dockhead fire stations were at the scene.