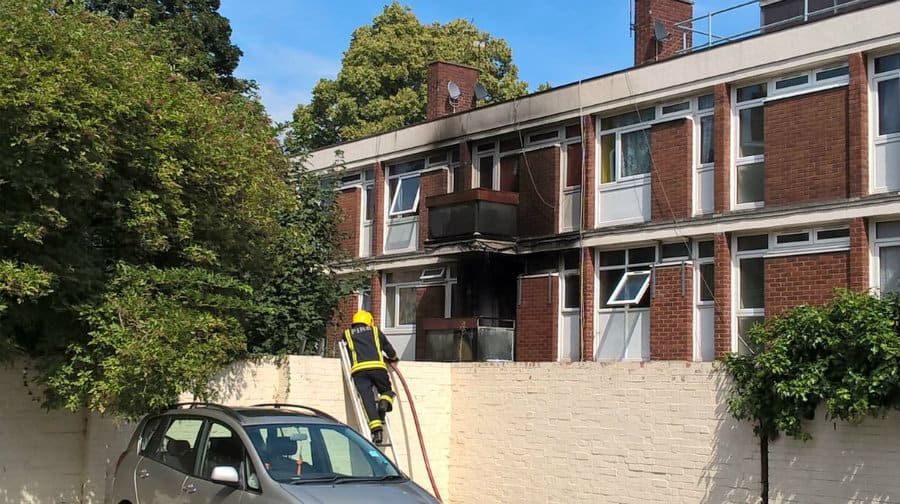 A dozen residents have been evacuated from a block of flats in Lympstone Gardens, Peckham, after a fire broke out just after 1pm.

Four fire engines and 21 firefighters were called to the address, where a balcony could be seen on fire from the street outside.

The fire spread to a second-floor balcony, but the brigade were able to stop it spreading into other flats.

No injuries have been reported.

The Brigade have confirmed they were called at 1.13pm, and the fire was under control by 1.49pm.

Firefighters attended from stations in Old Kent Road, New Cross, Brixton and Dockhead. The cause of the fire is under investigation.