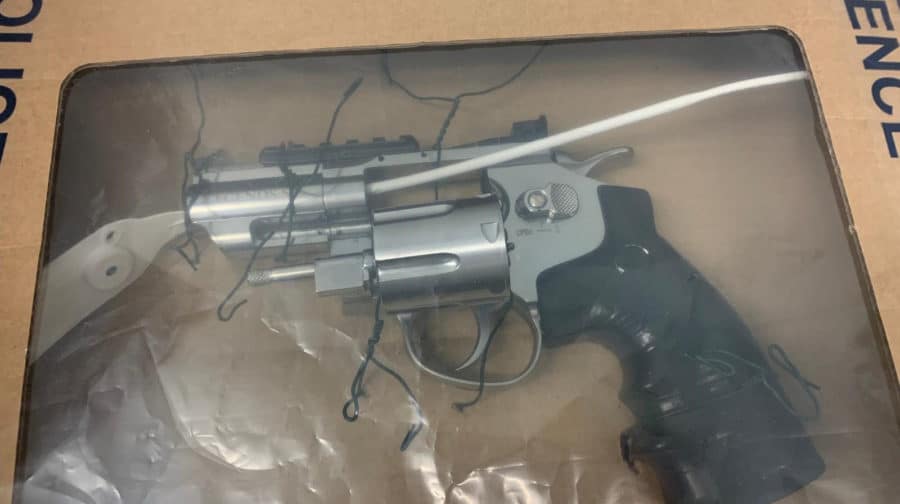 One of the firearms found by police

Twenty-five people have been arrested for a range of drug, firearms and handling stolen goods offences after dawn raids across south London yesterday.

In the early hours of  Wednedsay morning (September 18), police executed warrants at 40 homes in Lewisham, Wandsworth and Croydon – as well as seven in commercial properties along South Norwood High Street.

All suspects are currently in custody in a south London police station.

Detective Chief Inspector Dan O’Sullivan said: “This morning’s operation is the culmination of an eighteen month investigation by my officers.

“We have worked tirelessly to identify those believed to be involved in gang activity, supply of firearms, drug supply and violence across the south of London and I am pleased with the results of this activity.

“We will continue to work closely with our colleagues on borough and in other specialist units across the Met to identify and apprehend those intent on, or considering, committing acts of violence.”

He said that some types of crime were down – including certain knife-related injuries and murder, but said he knew this was “little comfort” to families who have lost loved ones.

DCI O’Sullivan appealed for anyone with information about knife crime, or those exploiting young people, to give information to the police or – completely anonymously – via the charity Crimestoppers on 0800 555 111.

Well Done to the Officers, let’s hope the Courts back them up by sentencing them with ones that are commensurate with the offence.