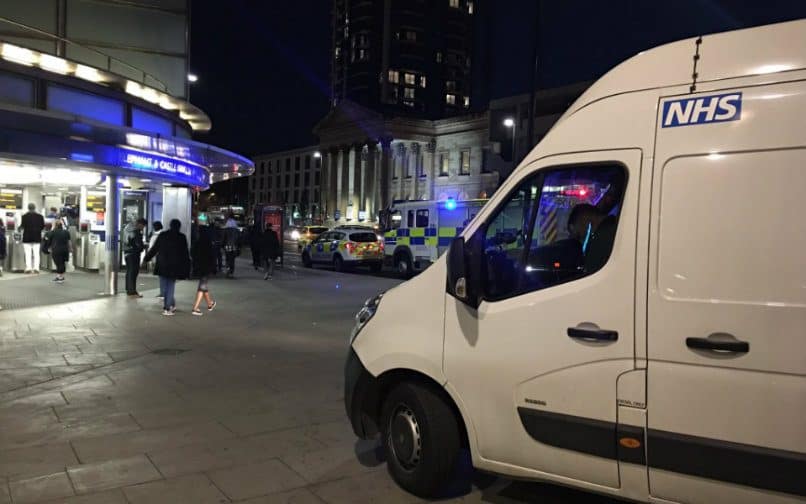 Five children and 20 adults got trapped in a broken lift at Elephant and Castle tube station on Sunday for almost two hours, when emergency doors failed to open.

“The lift was about mid-way when it got stuck,” said 21-year-old student Emma Parker, who suffered a panic attack.

“All the lights cut out and we had to use the tannoy for help. It happened at about 5.40pm and went on until half-seven.

“People were really shouting after 40 minutes and one guy kept yelling at the tannoy system and ringing the bell. It got very hot very quickly inside.

“I was lucky that there was a doctor with us who helped me. The children were very scared and one little girl had to go to the toilet in a bag.

Emma said Paramedics were on hand to treat her and other passengers when they finally got to ground level. But the young woman from Uxbridge added that it was “extremely dangerous” that the emergency-door-release system had failed.

TfL confirmed to the News that the lift remained out of order until Thursday for repairs, although the organisation disputes the amount of time passengers were stuck in the lift as 65 minutes.

Emma told the News: “We’re living in a climate where terrorist attacks and bad things are a very real fear.

“Someone answered the alarm after a while but it was ages before they could get the lift to move, and they weren’t very responsive to our calls.

“I’m going to write to complain to TfL, even if it’s just to get a reimbursement on my fare. The emergency doors are there for a reason, and they didn’t work.”

A TfL spokesperson said: “We apologise to our customers who were stuck in a lift at Elephant and Castle station on Sunday evening.

“Our station staff immediately followed procedure and contacted our Emergency Response Unit, the London Ambulance Service and the London Fire Brigade.  The team worked to release people as quickly as possible.