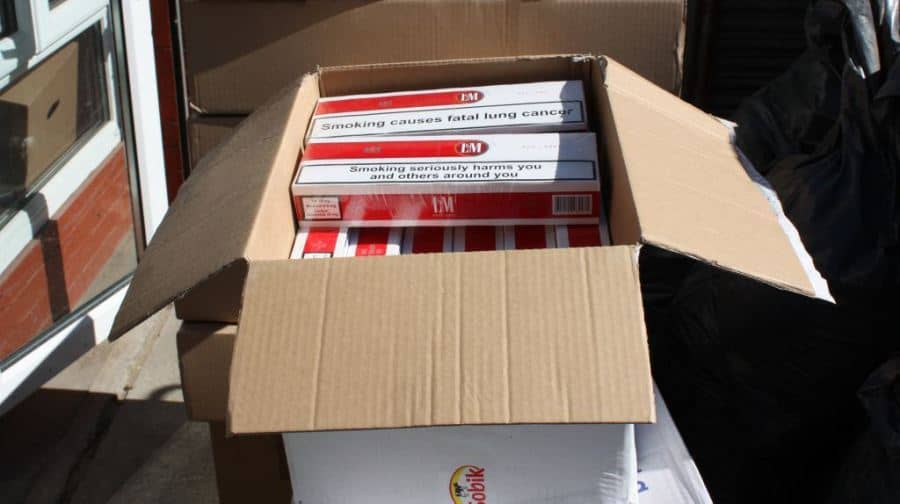 Some of the confiscated cigarettes

Two Bermondsey men were arrested and £80,000 worth of black-market tobacco seized last week in a dramatic sting by HM Revenue and Customs officers.

The two alleged smugglers, aged 55 and 49, were arrested when HMRC officers carried out raids of ten business and residential residences in Southwark and Crawley on June 4.

Anthony Swarbrick, assistant director for HMRC’s criminal investigation department, said that the illegal tobacco industry “will not be tolerated.” He added: “This is theft from the taxpayer and money that should be funding our public services.”

The 60-strong HMRC team were working in partnership with Southwark Council Trading Standards officers, who also took part in the raid.

Councillor Barrie Hargrove, Southwark Council cabinet member for public health, parks and leisure, said: “This operation has been a successful partnership between Southwark Council, HMRC and the police in the fight against illegal tobacco.

“Together, we’ve been able to disrupt a major illegal tobacco network which has damaging effects for our local communities.”