Two Bermondsey teenagers were in Parliament during Wednesday’s terrorist attack 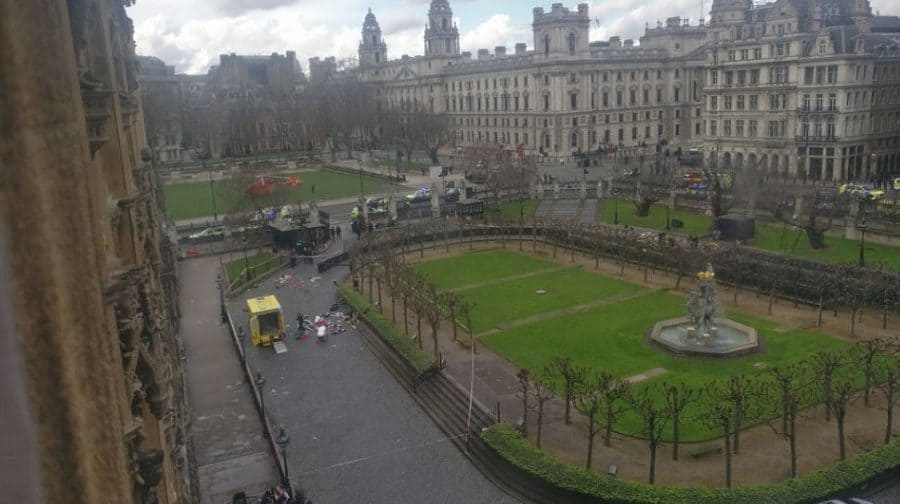 A Bermondsey school has confirmed that two of its pupils were present at the Palace of Westminster during Wednesday’s terrorist attack.

The two year-ten pupils from City of London Academy, in Lynton Road, were held in lockdown for several hours.

Entry and exit into Parliament and Portcullis House was put on lockdown after the attacker, named yesterday as Khalid Masood, claimed four people’s lives.

Masood, 52, from Kent, mounted the kerb of Westminster Bridge and mowed down tourists and members of the public, before crashing into the Palace grounds and fatally stabbing PC Keith Palmer, 48.

The two teenagers were attending the Palace while on work experience.

A spokesperson for the City of London Academy told the News: “The school can confirm that two of its year-ten pupils were on work experience at the Palace of Westminster on Wednesday.

“Both pupils are safe, well and being looked after. Our thoughts are with everyone who has been affected by this incident.”

Scotland Yard confirmed this morning that “at least 50 people” were injured, and that 31 had been treated in London hospitals, including King’s College Hospital’s Major Trauma Centre and St Thomas’ Hospital.

An online fundraising page has raised nearly than £590,000 for the hero PC’s grieving family.

Visit www.justgiving.com/crowdfunding/Keith-palmer to make a donation.