Butterfly breeder James Frankcom, said setting the pair free in SE5 seemed like ‘the thing to do’ 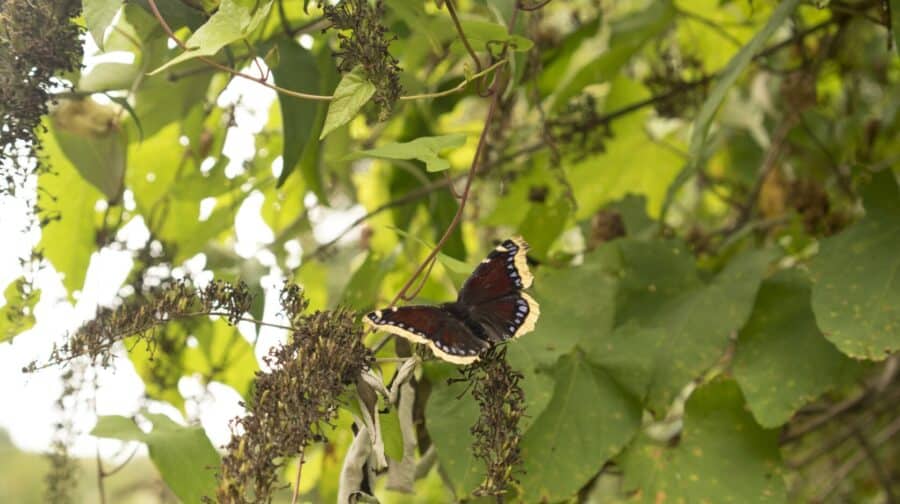 One of the released Camberwell Beauties

Two rare Camberwell Beauty butterflies were released in Green Dale on Sunday in front of a delighted audience. Despite being named after the corner of SE5, the species is actually a migrant butterfly not native to the British Isles.

It is believed the species’ numbers are too small for a breeding population, with only adults ever found in the UK.

The butterfly, known as the ‘Mourning Cloak’ and by other similar names, was given its south London moniker after two specimens were found in what was then known as ‘Cold Arbour Lane’ in 1748.

Butterfly breeder James Frankcom, said setting the pair free in SE5 seemed like ‘the thing to do’.

The large group who joined the SE5 forum at Greendale on Sunday certainly agreed.

All photos by Sebastian Garraway