IN THE DOCK: Two Camberwell men jailed after ‘armed robbery gang’ taken down by Met 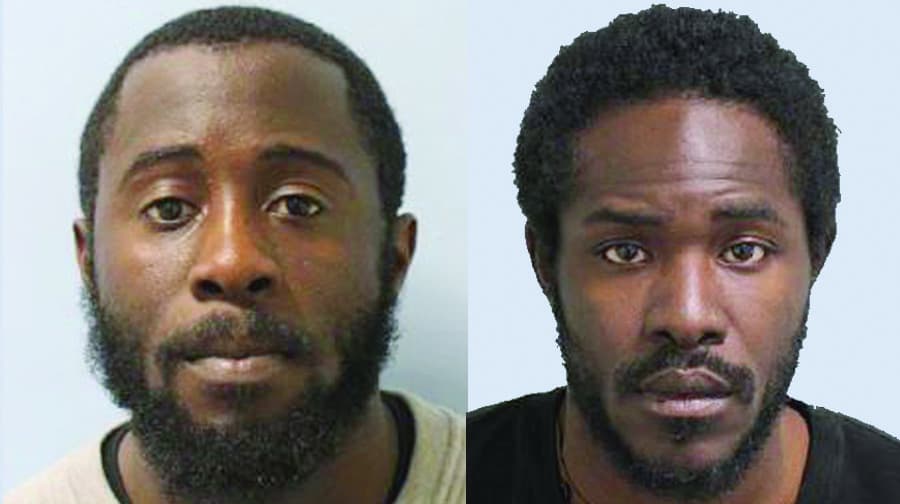 Two Camberwell men are among eight members of an organised crime gang now behind bars after a terrifying armed robbery in a Sutton pub.

Joseph Barnaby, aged 31, (b.12.05.1988) from Lothian Road, off Walworth Road, was convicted for carrying out the armed robbery of a pub in Sutton after a five-week trial at Kingston Crown Court.

He was sentenced on Tuesday, August 13.

Ibrahim Sesay, aged 29, also from Lothian Road, pleaded guilty to one count of conspiracy at an earlier hearing and was sentenced to twelve years in prison.

Barnaby, Sesay and their associates from across south London have now received a total of 100 years jail time.

Police were called to a pub on Cheam Common Road, Worcester Park, on October 1, 2017, to reports of an armed robbery. Attempting to rob the safe

The court heard how four men pulled up outside the venue at around 10pm in a silver Vauxhall Astra, wearing orange boiler suits, masks and gloves.

The four men lined up eight victims against a wall in the back office and forced them to kneel, repeatedly threatening them with a kitchen knife and firearm – including holding the gun to one victim’s head.

The court heard they demanded money from the tills and office, stopped all CCTV, and even stabbed one victim in the thigh.

After about ten minutes two victims were released while the others remained locked inside the office.

After finding a large safe in the hallway of the bedsit upstairs they dragged it their getaway car, but were unable to get it in the foot and decided to flee, leaving it on the ground outside.

The Met’s Flying Squad launched an investigation and discovered the two people let out the office by the robbers had actually been members of the gang who arrived at the venue earlier pretending to be customers.

Detective Constable Will Man said: “This offence was conducted by an organised criminal gang who were prepared to use weapons in order to enforce their demands.

“They targeted both staff and customers in the premises with a firearm and a knife.

“They had no regard for any member of the public’s safety or welfare and carried out these violent actions solely in order to steal cash to fund their own lifestyle.

“The hard work and relentless enquiries carried out by Flying Squad detectives have ensured that all those responsible have been brought to justice.

“The serious nature of this offence has been reflected in the sentencing imposed by the court.

“I hope this offers reassurance to not only the victims of this crime but also the community as a whole that we will continue to pursue and apprehend such violent criminals.

“I would like to sincerely thank the victims for their full support in bringing this case to trial.” The firearm, from CCTV

Henrya Buahin, also known as Junaid Marfo (aged 34) from Montpelier Road, Purley, was convicted of theft following the same trial. He was jailed for eighteen years and received eighteen months for the theft offence to run concurrently.

Michela Christina Zanelli, aged 23, from Verulam Avenue, Purley, was convicted of conspiracy to commit robbery following a re-trial in July 2019. She was given nine years behind bars.

Previously, 33-year-old Michael McCleary, from Upper Mulgrave Road in Cheam and Rhys Kassel Gayle (aged 25) all pleaded guilty to one count of conspiracy to commit robbery.

McCleary was jailed for nine years, while Gayle was handed twelve.

In a separate incident, Gayle also pleaded guilty to two counts of conspiracy to supply Class A drugs and was jailed for another four years, to be served consecutively.