One driver was slightly injured in the accident, but luckily no pedestrians were hit in the dramatic crash. 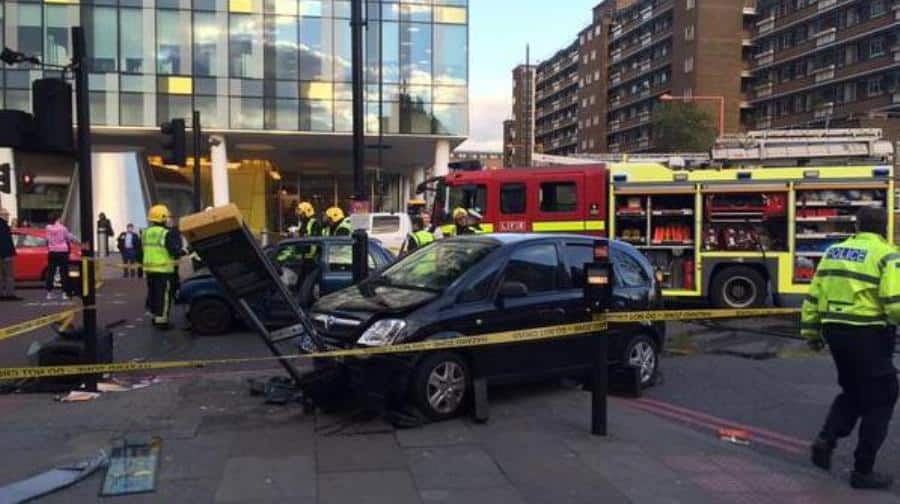 The scene of the accident outside Southwark tube station (photo credit: James Murray)

Two cars were involved in the accident at around 7pm on April 30, which luckily involved only minor injuries for one of the drivers.

A police spokesperson said: “It wasn’t too serious in terms of injuries. One driver received minor injuries and no arrests have been made.”