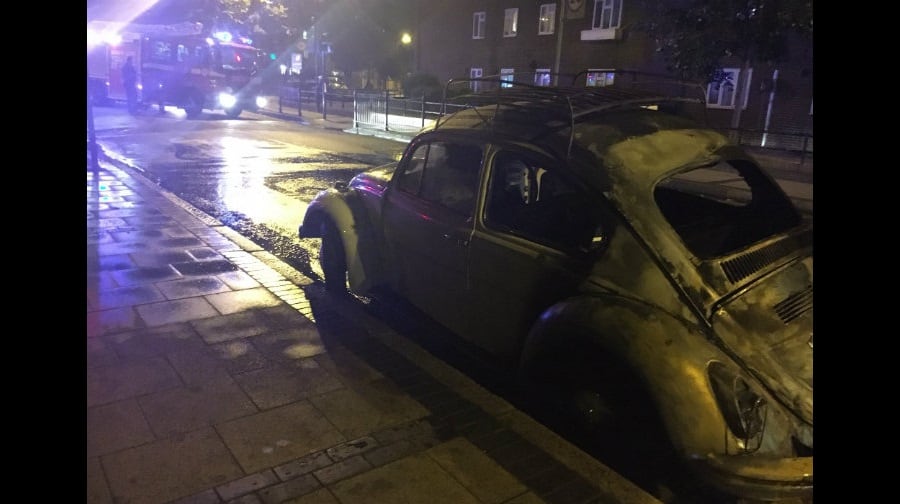 A Beetle exploded into flames after colliding with another car in Peckham Park Road on Tuesday.

Fire crews attended from New Cross and Old Kent Road to put out fires on both cars.

A London Fire Brigade spokesperson confirmed that they were called at 9.47pm, and the blaze was under control by 22.07pm.

There were no injuries and all parties were able to free themselves from the two vehicles.