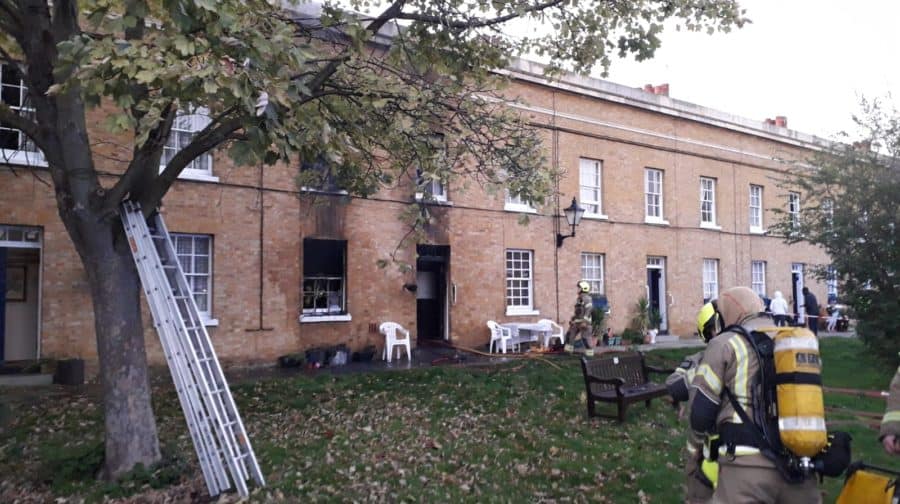 Firefighters at the flat in Asylum Road.

A devastating flat fire in Peckham saw almost all the ground floor, and half of the upper floor, ablaze – on Bonfire Night.

Two people had managed to escape the building before firefighters arrived at 4pm on Thursday, November 5.

Six fire engines and around 40 firefighters raced to the converted terrace in Asylum Road after a dozen calls came through to operators.

They had the blaze under control by 5pm the same night, with the cause still under investigation.

Station Commander David Bracewell, who was at the scene, said: “Crews worked quickly to bring the fire under control and they continue to remain on scene damping down.

“Two people left the building before the brigade arrived and were assessed on scene by London Ambulance Service crews.”