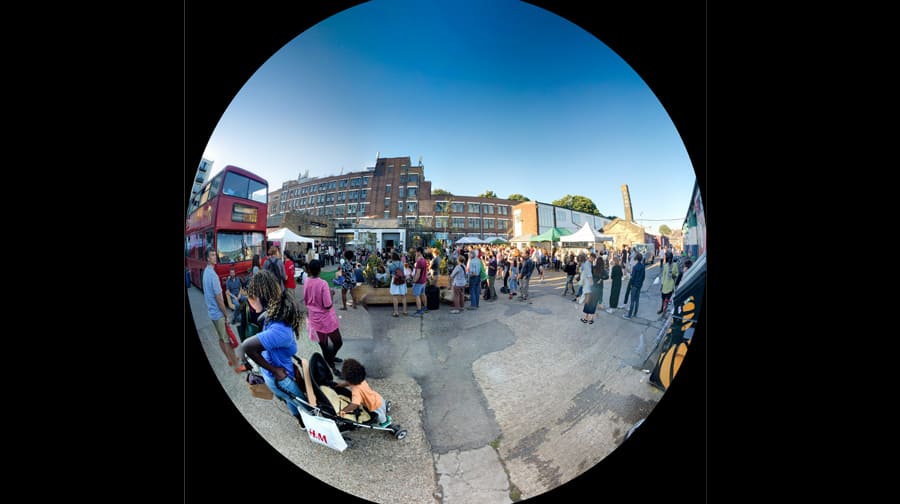 The Peckham Festival returns this week with a series of free events,including films, art exhibitions and talks, writes Emma Snaith…

Highlights of the festival, running from September 14-17, will include a host of local talent performing on the live music stage including Born n Bread, The Movement Factory, the Pomba Girls and the New Era Reggae Sound System.

In conjunction with London Fashion week, Peckham based fashion consultant Fvshion Dvting will host a three day fashion event at the festival.

MADE by Korlekie will include panel discussions with industry creatives and design workshops.

The festival will also feature a plethora of smaller events at venues across Peckham including a three day theatre workshop for young people hosted by the Extraordinary Bodies circus company at Theatre Peckham, a photographic exhibition of the personalities of Rye Lane at Peckham Pictures and an evening architecture tour of the Peckham Library.

The non-profit festival aims to reflect the diverse stories behind the area’s broad population. Over 300 creatives, local organisations and volunteers have helped to organise the festival.

Ian Graham, Co-Director of the Peckham Festival, said: “Unlike many parts of the capital, Peckham hasn’t lost its intrinsic grit and creative intensity. Its culture is made as much by the weave salons and three-for-a-pound plantain market stalls as it is by the rooftop bars and world-renowned art scene.

“Peckham Festival is a rare opportunity to celebrate what the area’s become and where it’s going” Most events at the Peckham festival are free and some will need to be pre-booked.

To find out more visit:?www.peckhamfestival.org/