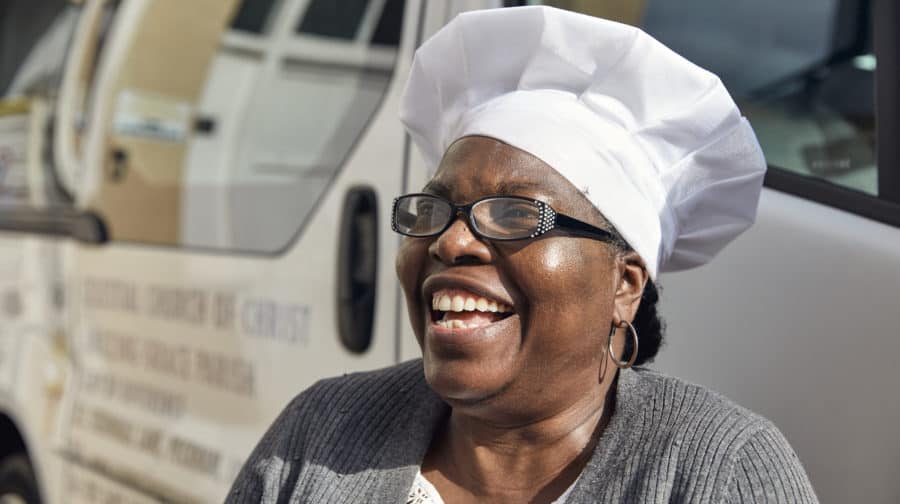 Elizabeth, from Peckham, wasn't sure at first but has since decided to get her jab after learning more about Covid vaccines through her church

Vaccine hesitancy appears to be waning as more people come forward for jabs.

This week it was announced that a milestone of two million COVID-19 vaccination doses had now been given out across south-east London’s five boroughs.

In Southwark, 280,887 first and second doses have been administered, according to the latest data from Our Healthier South East London Integrated Care System, a joint initiative between the NHS and other statutory bodies.

One of those to eventually decide to take up the offer of a COVID-19 jab is Elizabeth, a senior charity co-ordinator for Celestial Church of Christ at Amazing Grace Parish in Peckham.

“When the vaccinations started, I was personally apprehensive about it,” she admits.

“I knew there was a discussion going on around the charity and that everyone was scared.  We decided to do a webinar to educate ourselves and the community.

“Questions were asked and answered and that personally gave me the confidence to get mine two weeks ago.

“I was hesitant because of what I had heard and read in social media and what people were telling me.

“For me personally, it was about what was in the vaccine. It’s similar to when I took MMR, I was worried about it and I asked questions and got answers to them – it’s the same approach.”

She and other members of the church’s team had attended two online webinars to ask health officials questions about COVID-19 vaccines.

According to the NHS, vaccine uptake in black and asian communities more than tripled between February and April.

The rapid roll-out among younger groups has also seen a huge leap in the number of people to receive at least one jab.

NHS England says half of all adults under 30 will have received their first dose by this Sunday.

More than 80 per cent of adults in the UK are now double jabbed, with more than 60 per cent having had one dose so far.

However, the Delta variant has ripped through younger, unvaccinated age groups and those still waiting for second doses, who do not yet have the highest level of protection against the virus. That is around 21 million people.

New, confirmed COVID-19 cases across the UK have surged. Driven by the Delta variant, cases rose by nearly 70 per cent between June 15 to 21. In the same period hospital admissions only rose by ten per cent.

The vast majority of those who have died from COVID-19 in recent weeks were unvaccinated, or people who had only had one jab.

Public Health England has also said that there have been no deaths in fully vaccinated,  under 50s from the Delta variant anywhere in the country.