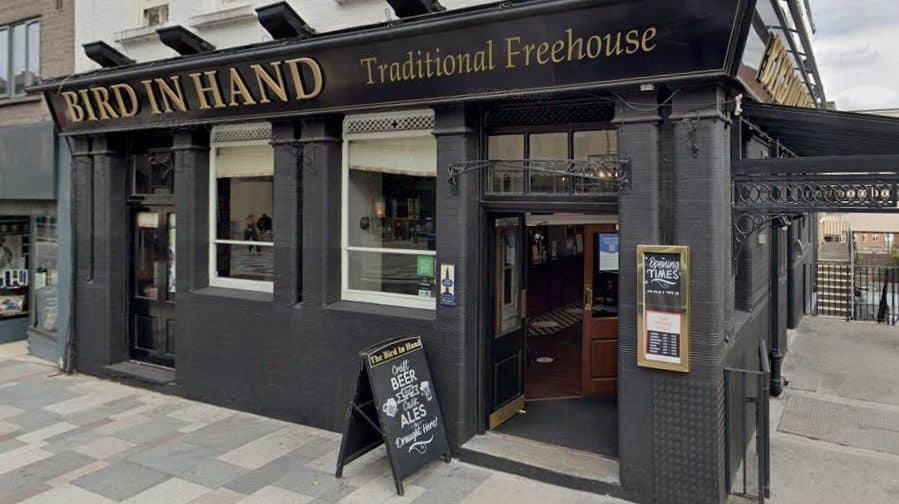 Two people have been rushed to hospital after a fire broke out in a pub in Forest Hill, writes Kit Heren…

Forty firefighters in six fire engines from three stations scrambled to put out the blaze at the Bird in Hand pub on Dartmouth Road at 8.52am on Wednesday morning (14 April). The fire was under control about an hour later.

Firefighters remained on the scene for hours afterwards, with local roads closed and people asked to stay away.

A man and a woman were taken to hospital. Three people left the pub before the London Fire Brigade arrived.

Most of the first floor and part of the roof were damaged in the blaze. The cause of the fire is still being investigated.

Station Commander Verona Clarke, who was at the scene, said: “Crews are expected to remain on scene for a number of hours damping down. Road closures are in place and we ask people to avoid the local area.

“One of the Brigade’s new 32-metre turntable ladders from Forest Hill Fire Station attended the scene.”