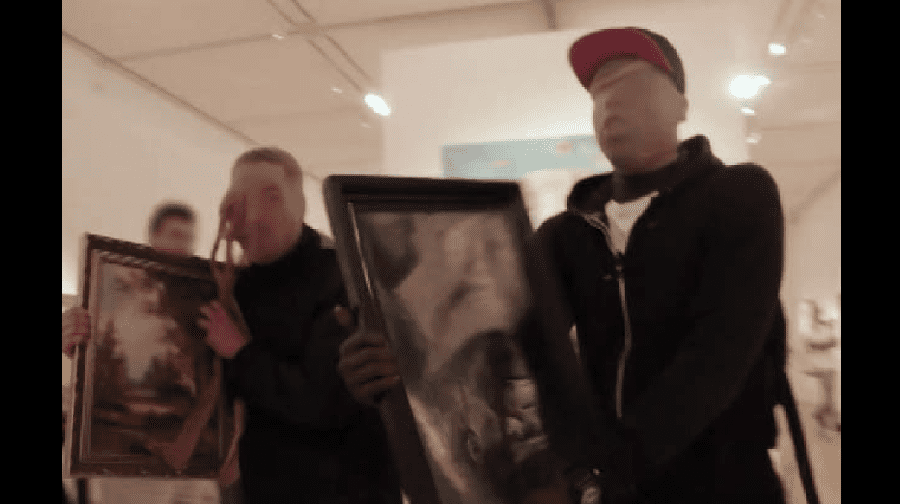 Two Southwark pranksters have been jailed with three others after staging fake art gallery heists at the Tate Britain and National Portrait galleries last year.

The five men from the Trollstation YouTube channel were banged up for a total of seven years for the two stunts that terrified unsuspecting art lovers.

Members of the public had been milling through the National Portrait Gallery on July 5 last year, when the five men burst in at 3.30pm.

They wore masks while carrying prop portraits, intended to make of make guests believe they were stolen from the gallery.  CCTV footage shows a stampede of gallery goers darting for the exit as the “outrageous” men held the fake paintings above their heads.

The Trollstation pranksters’ YouTube channel has attracted over 720,000 subscribers with over 200 videos published since 2014. About 40,000 of those subscribers were gained just in the last month.

The gang moved onto the Tate Britain later that day, and held a fake kidnapping. Four of the five men were arrested on the day of the incidents for public order offences, and pleaded guilty to an offence under Section 4 of the Public Order Act 1986, namely causing fear and provocation of violence.

The five had a last laugh before being sentenced yesterday at City of London Magistrates’ Court.

Detective Constable Anthony Parker, from the Met’s Public Order Crime Team, said: “The actions of these five men was outrageous. To go into busy public places wearing masks shouting and screaming at a time of heightened awareness of the terrorism threat facing the UK is deplorable.

“The group terrified those visiting the galleries. It is only by pure chance that no one was injured or suffered serious health issues as they fled in what the judge described as a ‘stampede’.

“All five men now have a number of weeks in jail to consider just how unfunny their stunts actually were.”