Two Southwark men jailed as part of a gang, who ‘threatened with knives and burgled’ a family in their Peckham home

Sixteen-year-old threatened and woman dragged across the floor in terrifying ordeal, the court was told 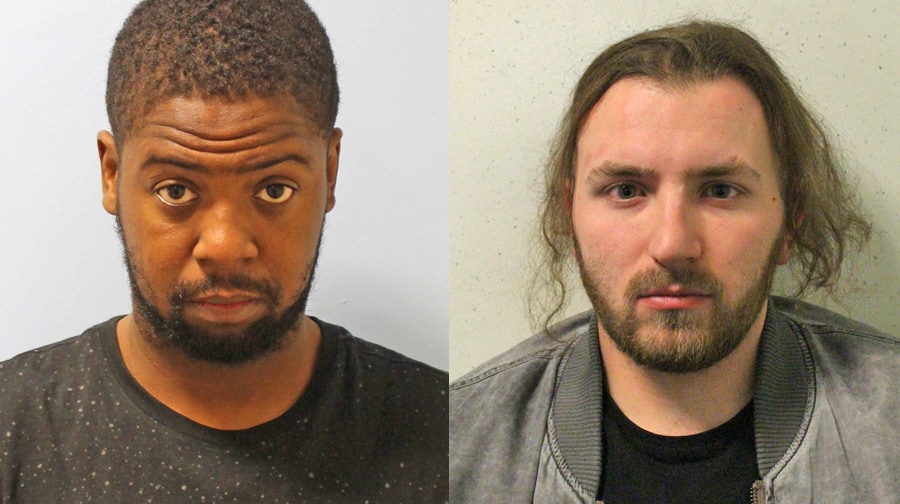 Jordan Edwards from Peckham and Blake Talbot from Bermondsey

Two ‘violent and callous’ men from Southwark have been jailed after burgling a Peckham family home at knifepoint after one of the gang rang on their doorbell pretending to be a delivery driver.

Jordan Edwards, aged 26, from Hillbeck Close in Peckham and 25-year-old Blake Talbot from Longfield Estate in Bermondsey, were sentenced yesterday (Thursday, May 16) along with George Owherho, aged 27, from Lambeth’s Palace Road, Waterloo.

All three were found guilty of aggravated burglary following a two-week trial.

Edwards was jailed for 12 years and eight months, Talbot was handed eleven-and-a-half years, and Owherho was given twelve years. Edwards was also found guilty of assaulting an emergency worker during his arrest. Dharnell was jailed for seven and a half years

Another man, Dharnell Depeazer, aged 20, from Mayville Road in Waltham Forest, pleaded guilty at an earlier hearing and was sentenced to seven-and-a-half years.

Southwark Crown Court heard the burglary took place on October 9, 2018, when Depeazer knocked on a door in Peckham, claiming to be a delivery driver and carrying a parcel.

Jurors were told that when the door opened, he forced his way in, followed by his three associates who then threatened the family, including a sixteen-year-old, with knives as they made them hand over cash, cheques, jewellery and a mobile phone.

During the ordeal, a 46-year-old woman was dragged across the floor while another victim was placed in a headlock, the court heard.

Workmen who were nearby heard the family’s screams and called police who arrived as the four suspects attempted a getaway. Owherho was jailed for twelve years

Two – Owhereho and Edwards – were arrested at the scene and taken into custody. Edwards was jailed for twelve years Talbot was jailed for eleven and a half years

Police arrested Depeazer on Wednesday, April 10, after he was identified through CCTV.  The court was told that he was also linked to the crime through forensic evidence from a hat he wore in his disguise.

Detective Constable Debbie Kitchen, who led the investigation, said: “This was a terrifying incident for the victims involved and one which will stay with them for a very long time.

“We want to pay tribute to them for providing crucial evidence during the trial despite meaning they had to relive their ordeal.

“We hope that these sentences bring them some kind of closure and show we are committed to getting such violent and callous individuals off our streets.”

Southwark NewsNewsTwo Southwark men jailed as part of a gang, who ‘threatened with knives and burgled’ a family in their Peckham home