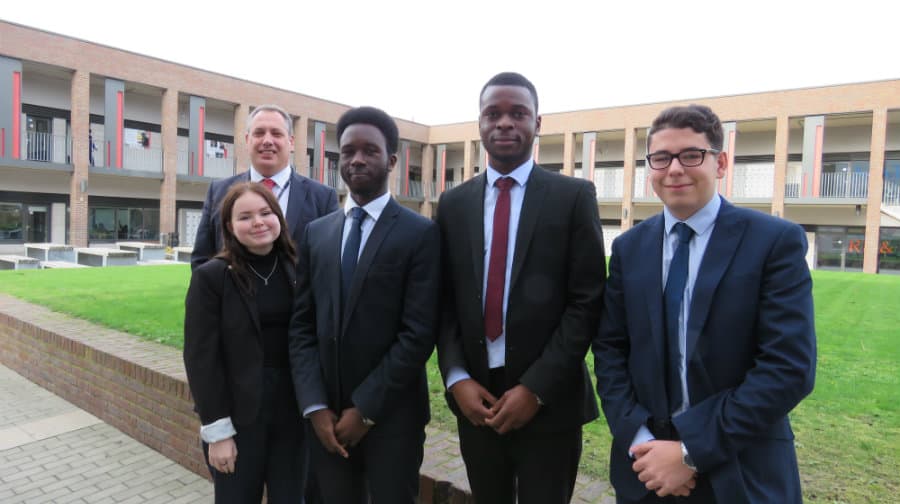 Two local secondary schools have been ranked among the best in England for their GCSE results, according to the government’s brand new ‘Progress 8’ scoring system.

Harris Girls’ Academy East Dulwich and St Thomas the Apostle College in Peckham came eighth and twelfth respectively out of all 6,381 state secondary schools in the country.

After the Progress 8 scores were released on October 14, Harris Girls’ was named the top school in Southwark with a result of +0.95.

Carrie Senior, Principal of Harris Girls’ Academy East Dulwich, said: “This local and national recognition is a fantastic reward for the very hard work of our talented students and staff.

“Whatever their starting point when they join us, our students know that they will succeed if they make the most of what’s on offer here.”

“I have been here four years, and teaching for 20 years, and I can say the boys really are our greatest asset. Our philosophy of teaching is if you put well-motivated, good kids in front of good teachers, you will get good results.

“We have a big push on extra curriculum as well, and I believe the most thorough measure of how good a school is, is where their pupils are five years after they have left.

“It’s about pupil development, and that’s why this Progress 8 score is so key.”

One STAC pupil, Jeanie Purslow, told the News she was one of just three girls when she came to STAC, as its first mixed-gender year group in September 2015.

“I didn’t find it difficult,” Jeanie said, “I found it better than my old school because of how welcoming the boys and all the staff have been.

“I want to study English at university and my teachers have really encouraged me to work hard on the things I really like studying and care about.”

Emmanuel Otobo said: “I started at this school in year 7, and back then things weren’t so good. But as the school improved, after Mr Connolly started working here, I started to feel much more confident and you can see things getting better.

“I never used to regard myself as someone who was naturally clever, but the teaching here has brought out the best in me. I’m studying Maths, Physics and Economics, and hoping to do engineering at university.”

Sacred Heart Catholic School had the third best result in Southwark with +0.81.

How does Progress 8 work?

The new Progress 8 score measures the improvement pupils achieved in their GCSE results for eight core subjects, compared with the grades they were predicted to achieve.

Pupils’ predicted GCSE grades all over England were worked out based on how they performed throughout their school lives: from Year 3 to their Year 10 mocks.

For every grade they achieved which exceeded what they were predicted (for example: an A rather than a B) it would earn them a score of +0.1. Or, +0.2 if the improved grade was in Maths or English. But it would be -0.1 if they got one grade worse in a subject (-0.2 for Maths and English).

The score the school is given is based on the average score of its pupils. So a school where all of its pupils get exactly the grades they were predicted would score 0.

St Thomas the Apostle College scored +0.92. This means its pupils – on average – scored seven or eight grades higher than expected.

This year, the national average was -0.03, meaning the majority of pupils around the country performed worse than their predicted grades.