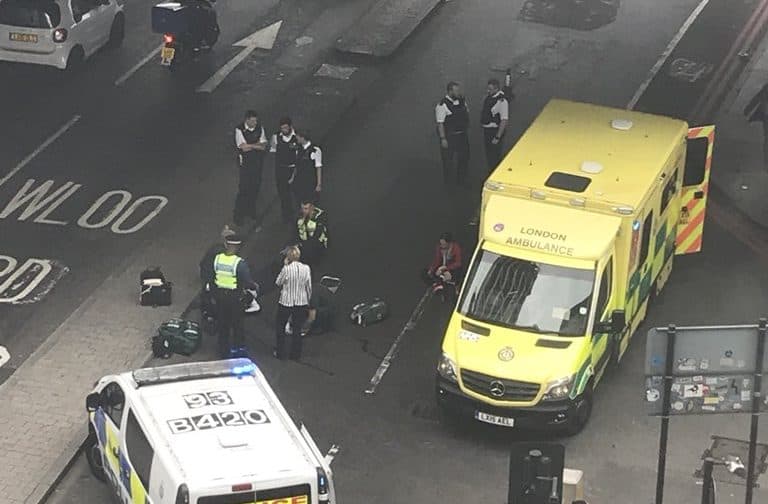 Two people were taken to hospital yesterday evening after a motorbike crashed into a pedestrian on York Road.

Police and ambulance were called to the collision at quarter past five yesterday evening at the IMAX Cinema roundabout, near Waterloo station.

Officers closed off the road while they dealt with the scene, causing delays on Stamford Street and Waterloo Bridge.

The biker and the pedestrian involved were taken to hospital, but their injuries are not said to be life changing.

A Met Office spokesperson said: “Police were called at 17:15hrs on Thursday, 5 September to reports of a road traffic collision between a motorbike and pedestrian on York Road, SE1.

“The pedestrian, a female, and the motorbike driver, a male, were taken to a central London hospital where their injuries were deemed non-life threatening/changing.”