Extinction Rebellion activists were out across the borough marking the anniversary as part of their ‘why not Southwark?’ campaign 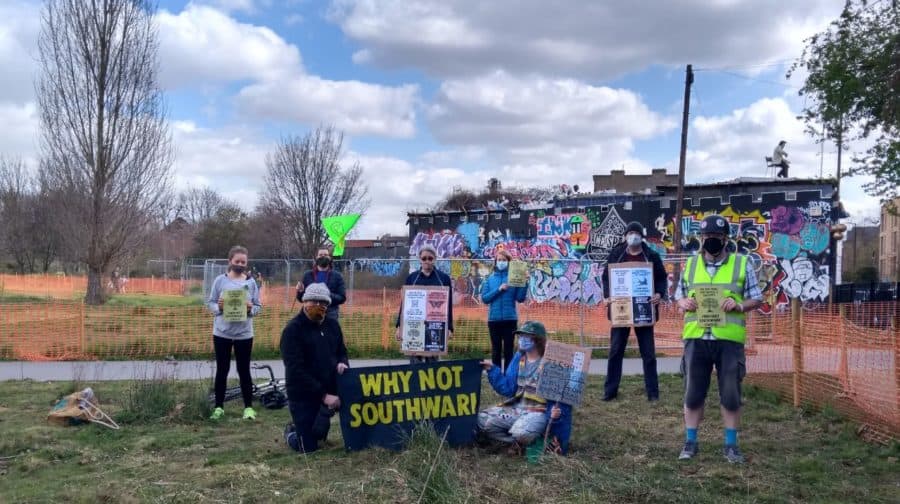 Two years after Southwark Council declared a climate emergency its long awaited climate strategy has still not been published. 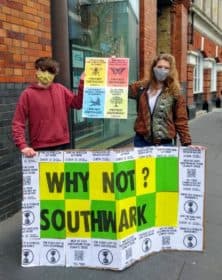 The climate emergency was first formally declared by the local authority on March 27, 2019, but since then activists have grown frustrated with the pace of change.

The News has been told that the strategy, expected to be published in March, is now unlikely to be made public until May, after going through its final stages of public consultation in early January 2021.

However, given the upcoming mayoral election and the ongoing strain COVID-19 places on its capacity, there could be even further delays.

Extinction Rebellion activists were out across the borough marking the anniversary as part of their ‘why not Southwark?’ campaign, which is pushing the local authority to be more ambitious in its climate targets.

Last month as part of its budget forecasting, Tooley Street pledged £101 million for climate change initiatives across the borough – but activists have blasted the plans as simply not going far enough. Not only is the climate strategy and action plan long-delayed, there are also minimal references to climate action in the New Southwark Plan, one of the key planning documents in the borough which will define regeneration projects, house building and transport for decades to come.

Climate pledges from the council in recent months include a commitment to plant 10,000 trees across the borough by 2022 and to power all communal areas within council housing stock with renewable energy by September this year.