It's thought to be the UK's first permanent rainbow crossing 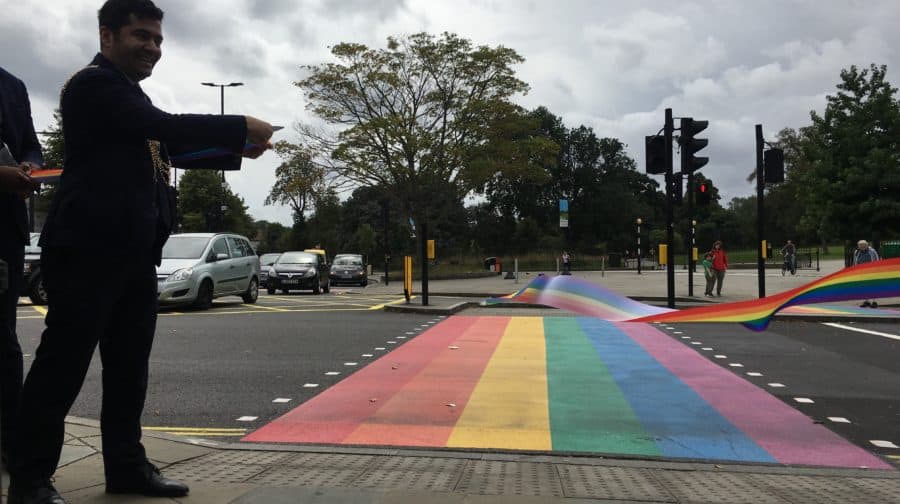 The UK’s first permanent rainbow crossing was unveiled in Herne Hill this afternoon in solidarity with the LGBT community.

The colourful crossing has been installed on two locations outside the entrance to Lambeth’s Brockwell Park – one on the junction of Dulwich Road with Railton Road, and one on Norwood Road with Dulwich Road.

The colours of the crossing are the same as the LGBT pride flag, symbolising diversity and acceptance.

“We’re proud of our LGBT+ community and have a tradition of championing equality and LGBT+ rights – this crossing celebrates that and is a physical example of our bold and progressive thinking,” said Cllr Sonia Winifred, of Lambeth Council.

“This crossing is a symbol of the pride we have in our flourishing LGBT+ community and will light up Herne Hill with its message of inclusivity,” added Lambeth mayor Cllr Ibrahim Dogus.

‘Walk the rainbow’ messages will also appear around Herne Hill to raise awareness of the rainbow crossing, while people are being invited to share their snaps of the walkway with the hashtag ‘#HerneHillRainbow’.