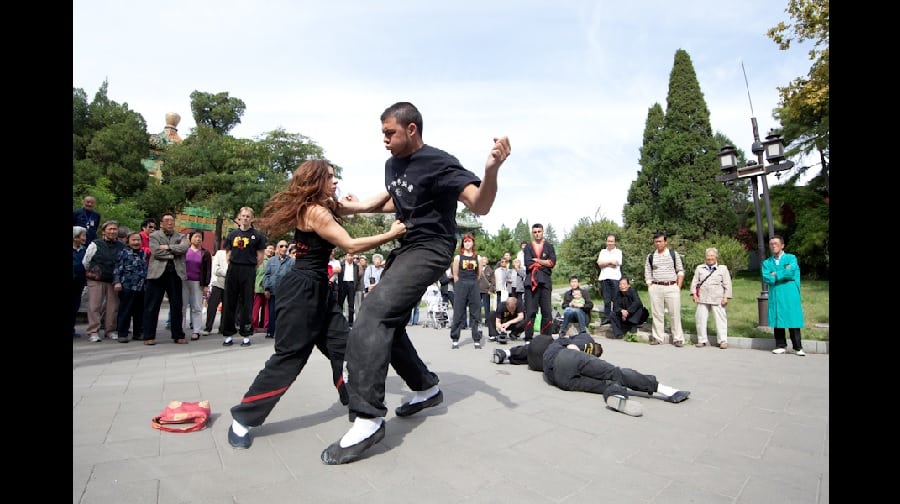 Della O'Sullivan in the ring

The UK’s top female fighter in the martial art of Wing Tsun is asking women and girls join her in a self-defence seminar – so they can stay safe on the borough’s streets, writes Kirsty Purnell.

The highest ranking female in her field, Della O’Sullivan, from Peckham, will be ‘bringing women together’ in the seminar on October 29. Della, who has charged to a Grade 4 ranking during her ten years of training, has long-dreamed of empowering women and girls with the tools they need to stay safe.

“I’ve done workshops before,” she said. “I’ve gone into law and corporate firms and delivered sessions. This is different though, this is personal.”

The catalyst for Della was an increase in violence against women in news reports. “There have been a lot of attacks over time,” she said. “If I can make a difference to help someone, then I will.”

Unique to Della’s seminar are tailored protection tips for young girls and she urged mums to bring their daughters along.

Della is adamant that self-defence skills are vital in today’s world, after seeing a fair share of altercations on the street in Peckham. “You see a fight or argument on the street – people don’t get involved,” she said.

“You can’t depend on people to help you – these are the times that we live in. Self-defence skills are vital”

Della’s own move into Wing Tsun came about after she became a single mother a decade ago.

“I needed something to lift my confidence, a new hobby,” she told the News. “I never thought I’d fall in love with it.”

“I used to have a stalker, too,” she added. “I needed to learn how to protect myself.”

At just 5” tall, Della is living proof that a small stature needn’t render someone vulnerable.

“Wing Tsun is about speed, grace and finesse,” she said. “Bulk can hold you back.”

Della is donating all proceeds from the event to BEDE, a local charity supporting women and children who have experienced domestic violence.

“The likelihood is that you’ll never need it,” she said. “But the moment you do – you’ll need it more than you’ve ever needed.”