Police say footage has been "useful" 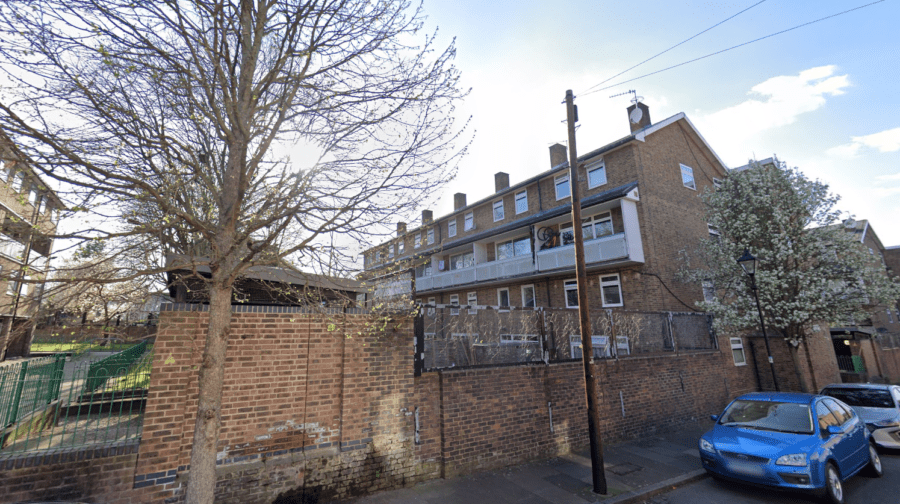 A Nunhead leaseholder who has spent years coming home to drug dealers and addicts outside his front door has been told he must remove his “unauthorised CCTV” – even though he paid for it out of his own pocket.

After alerting the council to on-going serious drug abuse in the communal areas of Tappesfield Estate, Paul Rhodes was told there was no budget to install CCTV or a door entry system until 2022-23.

Paul, who has lived in the Nunhead home since 2016, says the problem has been going on for nearly four years but has escalated significantly within the last year.

Other blocks nearby have had doors fitted already but his own has been left out – despite a hefty service charge bill of around £1,000. “By the summer of 2019, the situation had become intolerable,” he told the News.

“I was living with my fiancée and she and I were both encountering drug dealers and drug takers within the open stairwell, blocking the way into our home nearly every day.

“A few times, my fiancée had to wait around for me to come home from work as she could hear people in the stairwell and was understandably too afraid to enter the stairwell on her own.

“With hindsight, we should have just called the police every time we had such an incident, but when you see what the police are having to deal with, our situation didn’t feel important enough to bother them with.”

They regularly find people in a worrying state outside their door, broken glass, rubbish and drug paraphernalia lying around – and blood.

Sometimes there are groups of particularly intimidating people but more often than not it is one particular woman outside, whose safety they are very concerned about.

Over the years they continued reporting the issue to Southwark Council, but after weeks failing to get through to the right staff and stuck on hold, they decided to take matters into their own hands. Last autumn, Paul got out his paint brush to give the communal areas a spruce up, in the hope getting rid of graffiti and installing fake CCTV cameras might act as a deterrent.

The plan was largely successful and they had a brief respite but, after a worrying episode involving police rushing to the block after reports of a woman with a knife shouting and banging on residents doors, he realised without being able to give images to police they would struggle formally to identify those involved and fix the problem for good.

Paul installed a real camera directly outside his front door which does not overlook any other properties directly.  He now regularly passes on images to police.  In an email from December last year, an officer explained they were “useful for us in understanding who is visiting the area”.

After a six month battle over the camera, the council maintains it needs to be taken down.  In an email dated Wednesday, February 12, an officer explained: “The Safer Neighbourhood Team had made the assumption that the CCTV you installed had been authorised by the Council, obviously this was not the case and they have been advised of this.

“Our position therefore remains the same in that the CCTV should be removed with immediate effect. You should ensure that the wall brackets are also removed from the top landing.”

In response to an enquiry from this newspaper Southwark Council’s housing cabinet member, Kieron Williams, said the council couldn’t endorse unauthorised CCTV due to privacy concerns.

“We have undertaken a great deal of work to crack down on the problem, including evening and late night visits with council and police staff,” he said.

“So far we haven’t caught anyone in the act, but we will be meeting the local police team again to request additional patrols to help make sure the estate is safe.

“For privacy reasons we can’t allow unauthorised CCTV in our blocks.  Whilst we completely respect that people have a right to protect their home we also have to consider the rights of other people in the block.

“These cameras are covering public spaces and it is important that CCTV in this type of location is operated professionally with safeguards to protect people’s privacy.”

The type of mess regularly left behind