‘Uncared for’ Little Dorrit park in Borough to get makeover 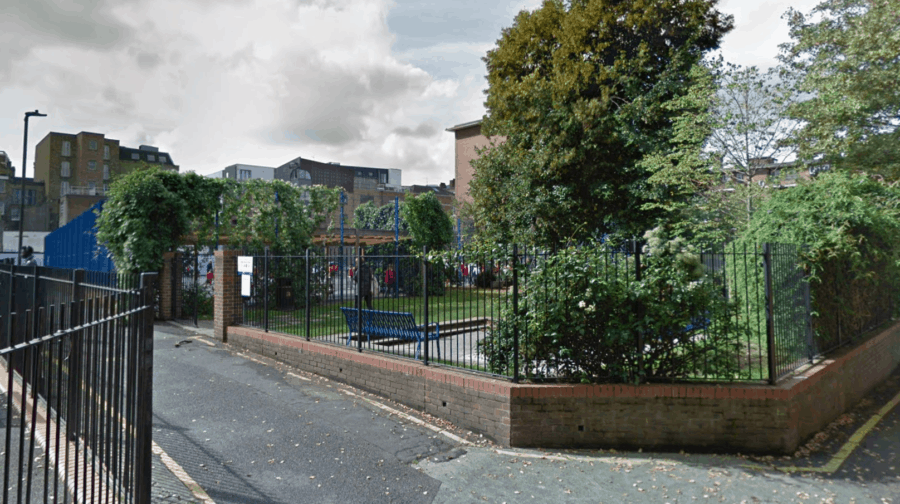 A “dystopian, worn and uncared for” park just off Borough High Street could get a new mural, cafe and events space after locals raised ideas for redevelopment.

Little Dorrit Park and Peace Garden is getting money for improvement from developers Crest Nicholson, as part of the deal for the works on nearby Brandon House. 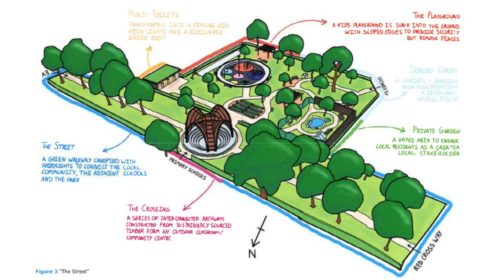 At the in-person meeting, local children were encouraged to sketch out their ideas for how to improve the park. Some suggested a zipline, trampolines, wildlife areas and even a flying popcorn machine.

At the later meetings, adults complained of anti-social behaviour like people drinking, dealing drugs, and “using the bushes as a toilet”. Others said the nearby narrow alleyway was intimidating, especially at night. Some people also said the shape of the park also makes it difficult to watch over children when they are playing in a different section.

“The park and garden feel dystopian, worn and uncared for,” a local woman said. “It also feels unsafe to visit alone, as a single woman.”

Locals were more positive about the flowers, trees, play areas and seating, although some said adding more benches could encourage people to sit and drink on them. Others also said that the separate dog-walking area in the Peace Garden was welcome.

“More and more I see dog restrictions in place across Southwark,” one respondent said, “contrary to what a large part of the population actually needs… safe, well-enclosed dog-walking areas.”

Other improvements suggested included improving the play area, putting in better lighting, improving the route to Borough High Street and resurfacing the tarmac.

The first stage of the consultation finished earlier this year. The next stage is to create a concept design. Graduates at architecture firm Ramboll have produced creative designs, suggesting features including an educational mural, cafe and event space.

The amount of money Crest Nicholson will give as part of its Section 106 agreement remains unclear at this stage.

Read the full results of the consultation here: https://www.southwark.gov.uk/parks-and-open-spaces/projects-in-parks/little-dorrit-park