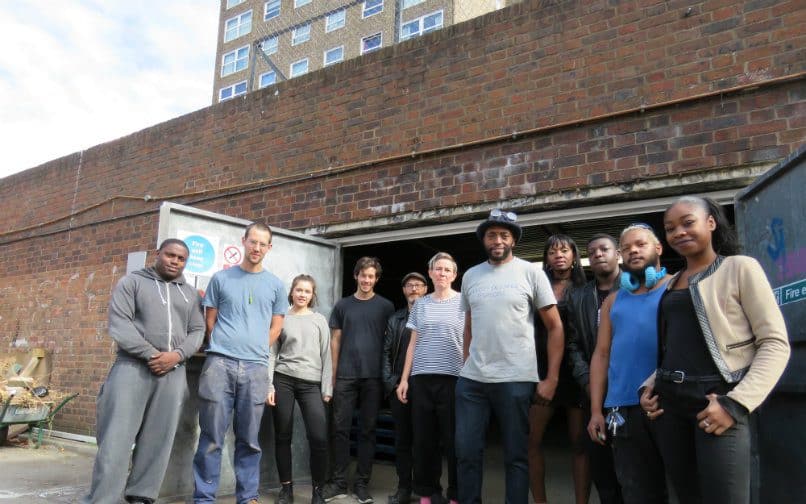 A community project set up to transform the Ledbury Estate’s underground garages is set to leave because of uncertainty about the future of the Peckham estate’s four tower blocks.

The Livesey Exchange, founded by Nicholas Okwulu, has sought to transform the estate’s once-derelict underground garages into workshops and skills centres for local people.

Last year the Livesey Exchange crowdfunded over £50,000, and was given a further £213,000 from the Greater London Authority.

Nicholas told the News: “We’re not being kicked out of the Ledbury. But we do need to find a new site.

“The reason is because we were given the grant by the GLA, but we had to spend it within a certain time.

“The problem is that we won’t be able to spend the money fast enough. And that’s because there’s still so much uncertainty about what’s going to happen to the towers on the Ledbury Estate.

“So the council are working with us and the GLA to find us a new home.”

Nicholas said the project was being offered a new base in Old Kent Road. Plans are being drawn up for a new two-storey building in currently-vacant land, on the corner of St James’ Road and Old Kent Road. The parcel of land sits behind the billboard visible from Old Kent Road, and in front of the Selco Builders Warehouse. “It’s not as close to the community as we would like to be, but it’s a good site,” Nicholas said.

He added that the new site would most likely be offered on a temporary lease and “we will be allowed to return [to the Ledbury] if it becomes possible”.

Cllr Mark Williams, Southwark Council’s cabinet member for regeneration and new homes, said: “We completely support the Livesey Exchange and have been working closely with the team behind the project since the situation on the Ledbury first emerged.

“The project has been affected by the works but the team have been very understanding during a very difficult time for local people, which we thank them for. While works continue on the estate, council officers have identified another site nearby that the Exchange project can use to prevent any further delay to the project starting.”

A feasibility study has been drawn up by Carl Turner Architects. Different building types, including shipping containers, have been considered, but Nicholas there will need to be enough space for the Exchange’s workshops.

Livesey Exchnage is a grassroots initiative and the feasibility study that is being pursued was developed by a local pro-bono team including architects what if: projects, strutural engineers Structure Workshop, contractor Standage and community enabler Pempeople. Business planner counterculture have prepared a business plan for the Livesey Exchnage’s new site that will accomodate a similar program of workshops combined with communal spaces than previously planned for the Ledbury Estate garages. The Livesey Exchange team is now working in collaboration with Southwark to get the project on the ground.