The situation was so urgent that specialist officers had to destroy one device on the Dulwich and Sydenham Hill Golf Course before they could warn the owners. 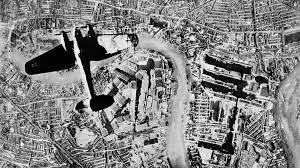 Builders were astonished yesterday after they dug up two unexploded World War Two bombs in a Denmark Hill garden, which have since been detonated in two controlled explosions.

The two torpedo-shaped devices, measuring half a meter each, were uncovered at 5.10pm, Tuesday May 17, behind a house on Danecroft Road, and taken away to be destroyed.

The situation became so urgent that specialist officers had to rush one bomb to Dulwich and Sydenham Hill Golf Course, the nearest open space, where they detonated the device at 8pm, before they could warn the golf club’s owners.

When the bombs were discovered, two Camberwell houses were evacuated after open-source research conducted by police confirmed that bombs were dropped on that part of Camberwell, verifying the builders’ first impressions.

Police sent a photo of the bombs to experts, who confirmed they were from the Blitz and the decision was made to remove the Hitler-era explosives from the premises.

An employee at the golf club where one bomb was detonated said bar staff were on-site to witness the explosion.

Police said the explosion damaged a bunker on the golf course and that the owners had since been informed.

Specialist officers examined the second bomb and, deeming it safe to transport, took it to a hub where it was disposed of.

Chief Superintendent Colin Wingrove said: “Please be assured that whilst these occurrences are rare, we have specialist officers to deal with incidents such as these. Please contact us if you find anything similar.”