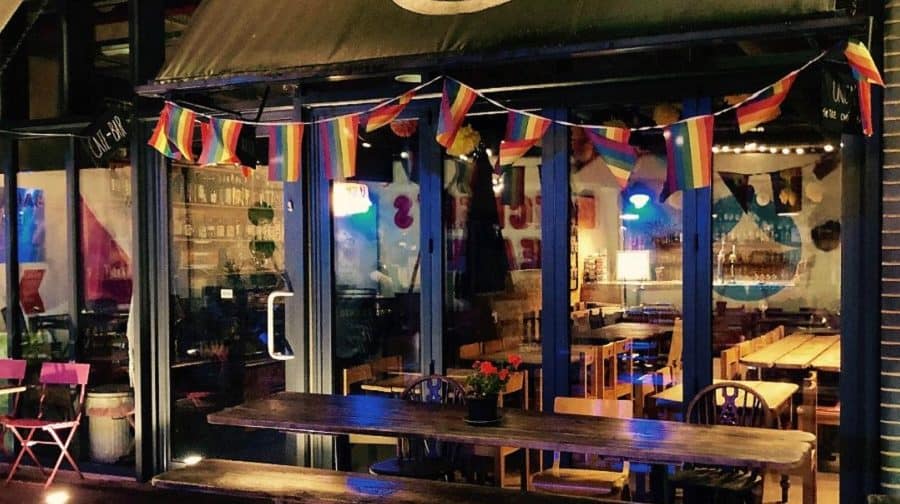 Sasha Regan started the Union Theatre in 1998 with little money but rich in friends willing to help get the old warehouse under a railway arch up and running as a new arts venue, writes Michael Holland...

Since then the theatre has won awards and accolades and found itself beset by greedy developers. But COVID-19 is a different problem, one with no predictable outcome: a problem that has forced the director and producer to close her beloved Union Theatre.

Sasha talks to the News.

How did you make the decision to close?

I was driving home when Boris came on the radio and by the time I had reached the first set of traffic lights my head was on the steering wheel. There wasn’t a decision to be made because we had to close. We have a responsibility to look after everyone that steps through the doors so we haven’t reopened since that announcement.

How many staff do you have?

On Monday we had the cast of Noel Coward’s Peace In Our Time, a team of Front of House staff, cafe staff , a stage manager a youth theatre, an agent and a musical arranger all working from the theatre. None of us have any work for the foreseeable future.

How did you break the bad news to everyone?

Boris did it for us at 5.30pm on Monday evening.

What plans do you have in place during the closure?

The theatre and hospitality industry just broke. We are trying to stay positive and focus on how to get through closure for the coming months. I don’t think anyone could ever have planned for this, so right now I need to figure out how to keep my kids at home for three months and not all drive each other crazy. I am about to become a stay at home mum for the first time in my life – and I am looking forward to it.

Is your landlord giving you any help during these troubling times?

I have been talking to The Arch Company and they have been reassuring me that help will come.

What is the worst case scenario of this?

That we won’t reopen.

I am worried about the mental health of my friends and family. The theatre industry is an insecure place to work in the best of times but this, as you know, is devastating for all. Actors work in bars, restaurants, gyms and schools – that sector has just been closed too. So people who had shows and gigs lined up until Christmas have in essence lost all of their future work in a matter of days.

There is a community spirit of ‘we shall all get through this’ but it is really, really hard for the head to cope.’