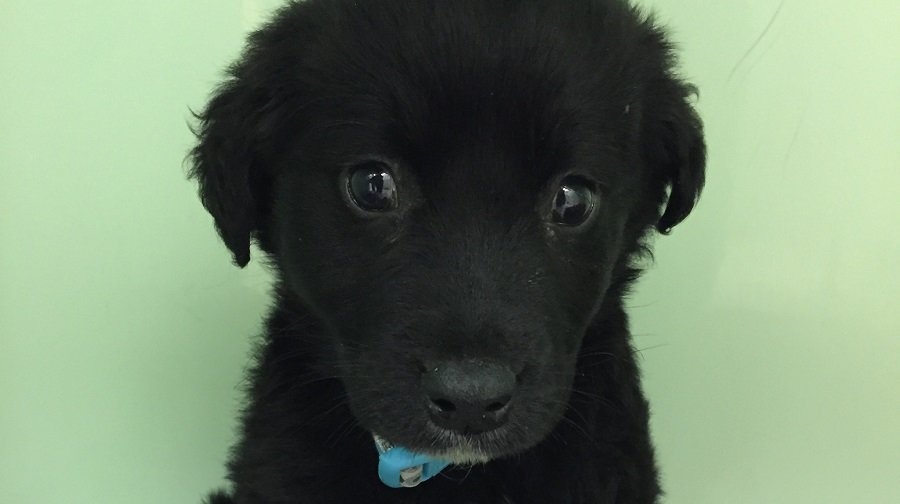 Pictured: Rocky's owner met a seller in a car park. Within 24 hours the puppy became seriously ill and was treated for the highly-infectious parvo virus.

Unlicensed internet sellers could be raking in thousands in untaxed profits by hawking puppies without any regard for their welfare.

One seller operating out of Southwark could be pocketing untaxed profits of between £51,000 and £204,000 over fifteen months by selling puppies online, according to Blue Cross.

The animal welfare charity began looking at the evidence of large scale online puppy sellers after regularly seeing seriously ill pets in need of their help – as well as their devastated new owners.

Evidence suggests there are also individuals making significant profits selling kittens online, including one seller in Southwark who listed 253 adverts for kittens over 24 months – an average of 21 adverts per month.

The online trade in pets is growing rapidly and unlicensed internet sellers are not easily identifiable to local authorities, who rely on the honesty of traders to apply for a licence.

In 2015, nearly half of all local authorities carried out no investigations at all into suspected unlicensed premises, according to the Blue Cross.

HMRC has now set up a task force to look specifically at online ads for puppies and kittens to identify the scale of untaxed and illegal activity.

“As an organisation, we have been campaigning for a robust licensing regime to ensure these sellers don’t slip through the net.”

MP for Bermondsey and Old Southwark Neil Coyle, who met with the Blue Cross team to discuss the issue, added: “We are a great, animal-loving country. Many people want dogs, but you must be sure the puppy you buy is from a good home and that the money you pay isn’t funding cruelty or gang crime.

“The figures are alarming and there are many con artists out there.”

Blue Cross has advised potential purchasers to thoroughly do their research before buying a puppy and always ensure they see the pup with its mother.

When looking for a puppy online, it is important to check the advert, looking out for suspicious signs that may indicate the advert is from an unlicensed puppy dealer, the charity has said.