Robert Mortby had been accused of shooting Richard Walsh over an argument over a spliff in 2012. 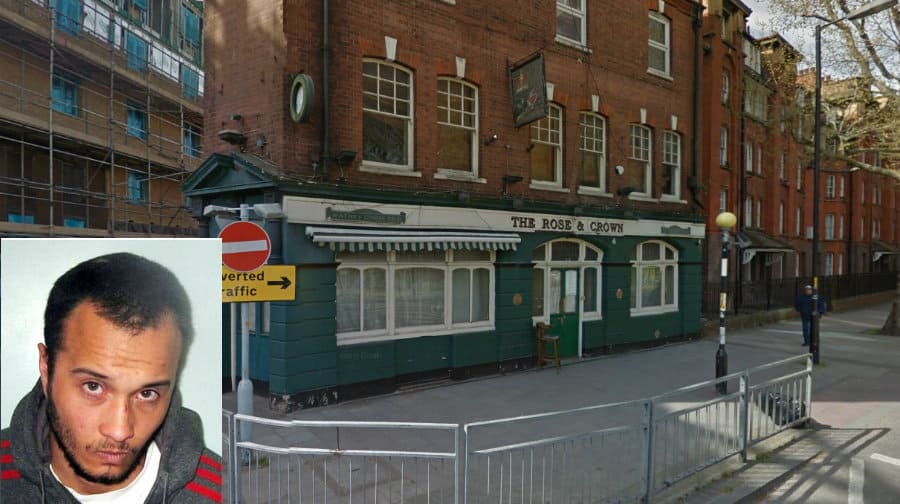 Robert Mortby and the Rose and Crown in Elephant and Castle.

A gunman who was accused of shooting a friend who smoked too much of a joint in a packed Elephant and Castle pub could be free in weeks after his trial fell apart at the Old Bailey today.

The prosecution dropped charges of attempted murder and possession of a firearm after Richard Walsh, who was shot in the Rose and Crown, Rodney Street, in 2012, failed to identify the man accused of opening fire.

Robert Mortby, 28, had handed himself in to police last September after his picture was plastered on billboards in Gibraltar. Prosecutor Zoe Johnson QC said he went “on the run” following the shooting. He became one of ‘Britain’s Most Wanted’ on the UK National Crime Agency list before agreeing to be extradited to the UK.

Earlier this week, Mortby was accused of opening fire on Mr Walsh on July 28 four years ago for smoking too much of a joint they were sharing. The victim was hit twice in the abdomen, where the bullets are still lodged, while another bullet grazed the leg of his friend, Christopher Green.

But Mr Walsh did not see who shot him, and he failed to identify Mortby in court. He was jailed for 15 months by Judge Richard Marks QC, the Common Sergeant of London, today but could be free within weeks due to time he has served on remand.

Mortby, of no fixed address, denied attempted murder and possession of a firearm on 28 July 2012.

He admitted possession of a firearm and a prohibited weapon on 30 July 2012.