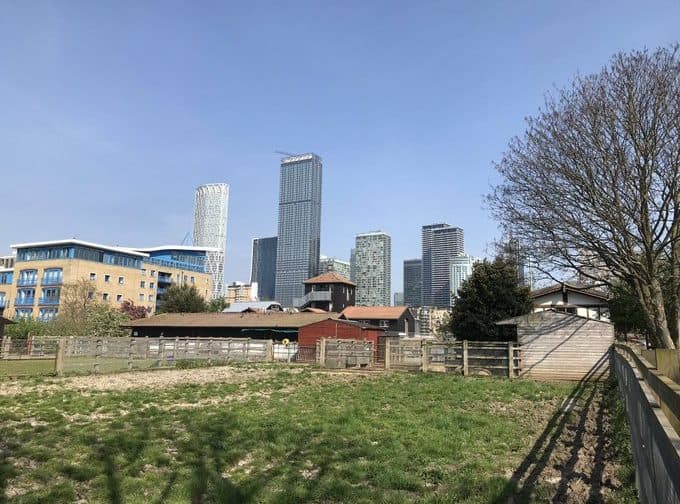 An urgent appeal has been launched to save popular Surrey Docks Farm from closure – only a day after it was targeted by a thief.

The city farm is normally open seven days a week but the coronavirus crisis has caused it to temporarily close.

Income has plunged – but to take care of the farm’s animals still costs £7,000 a month, it says.

To add to the farm’s troubles, only last night it was the victim of a theft in which a strimmer was stolen from its tool shed.

“Last night our alarms went off, within minutes staff were on site, but we found our tool shed had been broken into and the strimmer stolen,” it said.

“We’re devastated by this attack at an already worrying time for the Farm.”

Now a fundraiser has been launched to help take care of the animals and cover the costs of feed and bedding.

In a stark message to its many supporters in the community, the farm warns: “The financial future of the farm is now in the balance and we need your help to survive.

“Along with [the] loss of activity, we’re also losing all associated income. We’ve reduced our expenditure wherever possible but we still have to spend £7,000 a month just to cover the cost of the livestock team, animal feed and bedding, plus any medicine and treatments.”

Animals at the farm include a small herd of goats, pigs called Winnie, Marmalade and Rupert, and two donkeys called Alice and Herminone.

An initial target on the fundraiser has been set at £21,000. A link to donate and find out more details can be found here.

What is wrong with people. I don’t think some care about anything other than themselves. I needed a strimmer so I bought one not knicked someone else’s. These kind of places are struggling as it is without these people adding to their problems

Is a strimmer being stolen a ‘ransacked’ toolshed? Fair point re food but maybe get your headlines on point.
#shoddyjournalism.