Urgent appeal to save modern slavery helpline from closure

'If the lines go dead, hope will die with them' 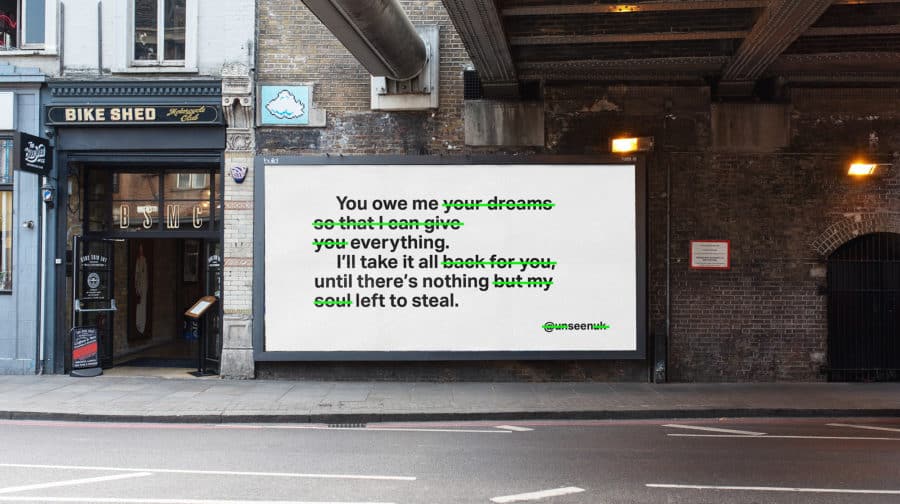 One of the billboards

A modern slavery helpline that has identified 15,000 at risk of exploitation in just two years of operation will be forced to close down if it doesn’t raise £800,000 by the end of November.

It is believed some of this is due to increased public awareness after new legislation came into force. The campaign will see new posters placed across Southwark, including Newington Causeway, based on survivors’ stories.

The images show the types of lies they have been told by their abusers, and how deceptive outward appearances can be.

The charity’s chief executive, Andrew Wallis OBE, says it hopes people will be inspired to donate to the cause, and turn their social media “flouro green” to help raise awareness.

“Without the Modern Slavery Helpline, thousands of men, women and children across the UK will remain enslaved and unseen,” he said.

“For thousands of people trapped in slavery, our helpline is the only way out. If the lines go dead, hope will die with them.”

In May of this year, new legislation helped convict and sentence three gang members, including Michael Karemera, aged 25, from Lewisham, sentenced to five years behind bars for three counts of human trafficking.

He was part of a gang that exploited six victims, all aged between fourteen and nineteen, from south London, who were forced to carry and sell drugs across the country in a county lines operation.

One victim told the court when he tried to leave the gang, he was stripped naked and had a gun put in his mouth, threatening him with death if he didn’t comply.

Southwark NewsNewsUrgent appeal to save modern slavery helpline from closure