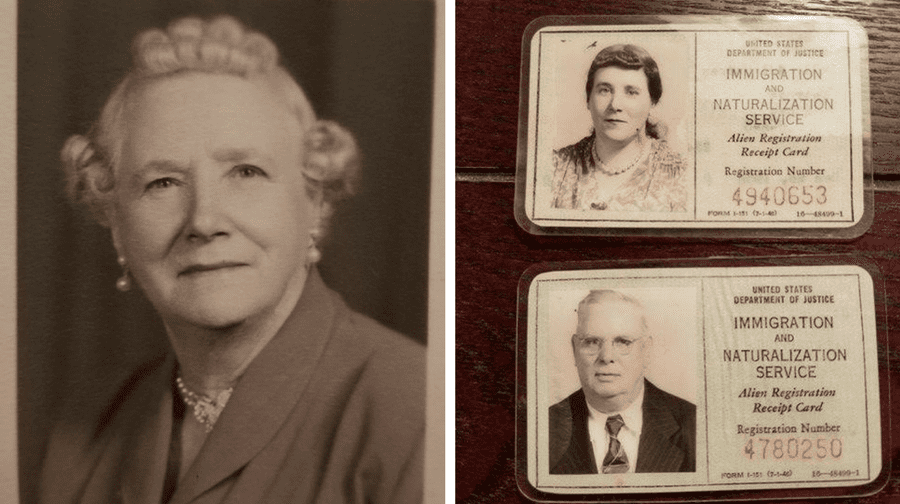 The US descendant of a Rotherhithe woman is trying to solve a family mystery about why she boarded a ship overseas and left behind her life in the early 1900s.

Emily Ada Miller would never speak of why she left behind her parents and siblings in Rotherhithe in 1909 and moved first to Canada and then to America.

Her great-granddaughter Kathy Maney, 62, who lives in North Carolina, said her great-grandmother took her secret to the grave – and her family now wants to find out why and to trace their English relatives. Kathy believes Emily boarded a ship to Canada in 1909 with her daughter and a man named John Barnes – although it is not clear what happened to her husband John Murray.

The couple went on to have three more daughters: two were born in Canada and one, born in London, sadly died. They later moved to the US and married in 1943.

Emily sadly died in 1973, having never told her children or grandchildren anything about her family in Rotherhithe or why she left.

However, after she died, her family found records in her home and letters to one of her brothers in London – William Charles Miller, who lived at 163 Drakefell Road, Brockley, SE4, after leaving home. Her great-granddaughter Kathy also found out Emily and John Barnes didn’t marry until 1943 – although Emily told everyone they were already married.

“I found her siblings’ names and pictures on Ancestry.com and they look like they came from a very nice family so I don’t know why she left them,” Kathy told the News.

“It’s been a big mystery to our family as to why she left and why she didn’t want anything to do with her family or tell any of her children or grandchildren about their family and we don’t know what happened to John Murray but her first child took the surname Barnes. “Her children were afraid to ask her as she would not allow them to ask any questions like that – she said they didn’t need to know.

“These are questions that have been handed down to families over the years and nobody could find any answers. It would be nice to know who her family were and why she left.

“We think she probably had a very good family there and it could be that she lived a life that was not very respectable but who knows, she kept it a secret and took it all to her grave.”

Anyone with information that could help Kathy trace her relatives is asked to email kmaney@bellsouth.net