The family of Usman Khan, the London Bridge killer, say they are shocked and saddened 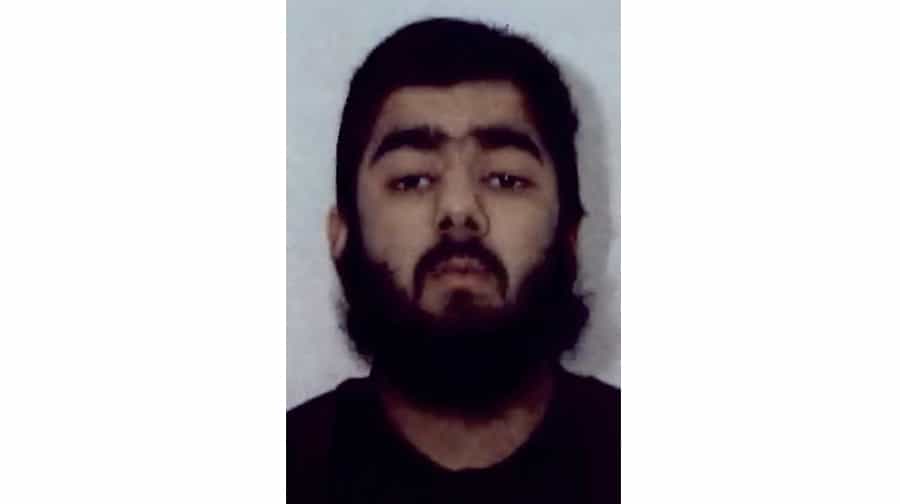 The family of terrorist Usman Khan, the man who killed two and injured three more during Friday’s attack, have said they are “shocked” and “totally condemn” his evil actions.

Speaking on Tuesday afternoon, relatives of the convicted terrorist shot dead by police after his attack at Fishmonger’s Hall on London Bridge, said their thoughts were with the families of those killed.

In a brief statement released, the family said: “We are saddened and shocked by what Usman has done.

“We totally condemn his actions and we wish to express our condolences to the families of the victims that have died and wish a speedy recovery to all of the injured.

Evil killer Usman Khan was known to the authorities.

Born-and-raised in Stoke-on-Trent, West Midlands, the 28-year-old had previously been convicted and jailed for his role in a group who plotted to bomb the Stock Exchange.

The nine-strong group from Stoke, London and Cardiff, inspired by al-Qaeda, had engaged in plans to place a pipe bomb in the Stock Exchange, potential attacks on Stoke pubs, and establishing a jihadi-training camp in Pakistan.

The conspiracy took place over six weeks in 2010, before the authorities swooped on all nine men in December, including Khan.

All of the men pleaded guilty to a variety of terrorism offences on the eve of their trial in February 2012.

The trial judge in the case thought Khan was so dangerous that he handed him an indeterminate sentence.

Mr Justice Wilkie referred to Khan’s “serious, long term, venture in terrorism,” as part of the plot, and labelled Khan and two others in the Stoke cell as “working to a more ambitious and more serious jihadist agenda.”

The sentence would have meant that Khan could have stayed behind bars for as long as it would be felt necessary for the public safety, beyond his minimum term.

But in 2013, that judgement was overturned at the Court of Appeal. Instead Khan, then 22, was given a 16-year fixed sentence and ordered to serve at least eight years of it.

The presiding judge in that case had found that the original sentence had “wrongly characterised” him and the two other defendants as more dangerous than the other defendants, who were eligible for automatic release.

He was then released automatically on licence at that point, meaning he was released in December 2018.

The Parole Board had no involvement in his release.

Khan appears “to have been released automatically on licence (as required by law), without ever being referred to the Board,” it said in a statement following the attack.

Taking questions from reporters in the aftermath of the attack last week, the Met’s AC Neil Basu said that Khan had been subject to a number of licensing conditions, and had prior to the attack had been complying with them.