'I took the vaccine because prevention is better than cure' 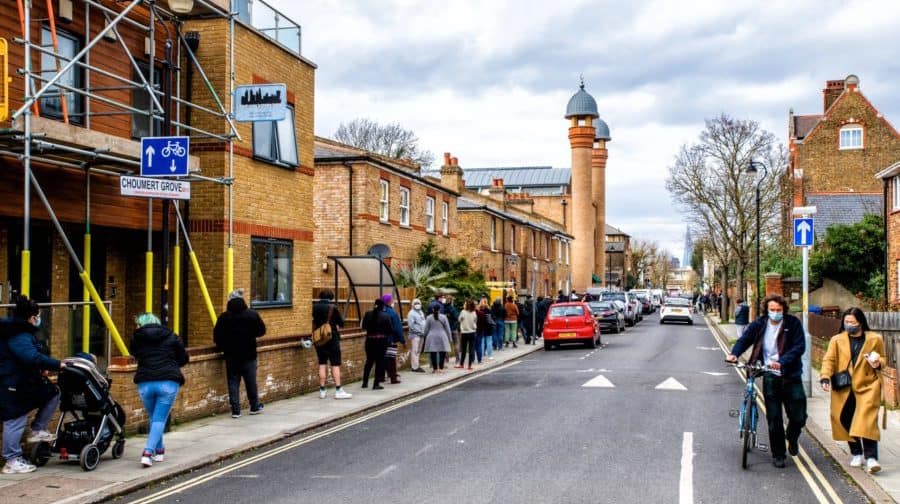 A pop-up vaccination clinic at Peckham Islamic Centre has been hailed as a huge success after 320 people turned up to receive their jabs last Saturday, March 27.

The clinic, run by Southwark GPs, was set up to encourage anyone who is eligible to get their jab in a location that is convenient and familiar to many in the community – whether they are members of the mosque or had a different faith or none.

It is part of a series of events aimed at promoting vaccine uptake and answering any questions or concerns people may have about the COVID-19 vaccine.

As the News reported last week, uptake in Southwark as a whole is lagging behind other parts of the country, with Camberwell and Peckham particularly affected.

Black and ethnic minority groups are also less likely to take the vaccine even if they are in a priority group. There is also a stark difference between uptake in wealthier and more deprived areas.

Ali, a member of Peckham Mosque decided to take the vaccine because it is being offered at his place of work.

He said “I took the vaccine because prevention is better than cure and I would like to be able to travel once it is permitted.”

Umar Elahi, the Founding trustee of Peckham Islamic Centre, had called on people to do their ‘duty to protect yourselves and your families’, and reiterated that vaccines are halal, kosher and vegan friendly.

Cllr Kieron Williams, Leader of Southwark Council who attended the pop-up session, said: “It was fantastic to see so many people getting their vaccine on Saturday.

“Pop-ups like this are one of the many ways we are working to make sure people from all parts of the community feel the vaccine is available and right for them.

“I would like to thank everyone at Peckham Islamic Centre, including all the volunteers who were helping out, as well as all the NHS and council staff for their hard work in supporting our residents as they protect themselves, their loved ones and their community.”

According to the latest figures, as of last Friday (March 26), over 83,000 people registered with a Southwark GP had received a first dose of the vaccine.

There is particular urgency to catch up and ensure those most vulnerable to the virus are vaccinated now restrictions on meeting outdoors have been eased, and in preparation for the return on non-essential business openings in April.

I am pleased to know that over 300 people have received their first jab. Well done Dr Omar.
If I can be of any assistance in the future please let me know.
I agree that prevention is better than cure.
I had my both jabs of Pfizer vaccine with no side affects and I urge everyone please do take it. You will not only protect yourself but others as well and will help to bring this deadly virus under control.
I