Vaccine rollout: Who has had jabs in Southwark? 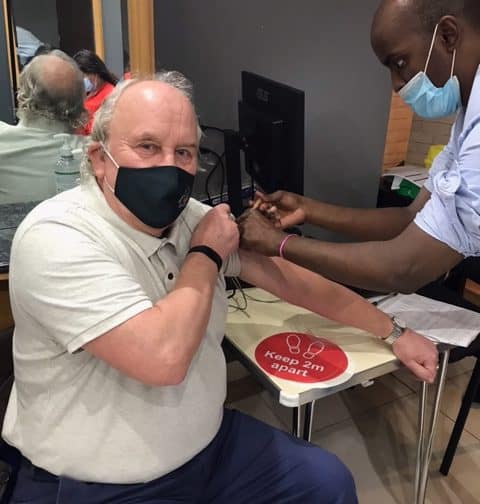 Cllr Charlie Smith, one of the first Southwark politicians to receive a COVID-19 jab. He has encouraged other eligible people to book their vaccines.

Seventy per cent of clinically extremely vulnerable people in Southwark have now received their first COVID-19 vaccinations, according to the borough’s Clinical Commissioning Group (CGG).

In the latest information available, 246,000 jabs have now been administered across south east London (Southwark, Lambeth, Lewisham, Bexley, Bromley and Greenwich) overall. Eighty-six per cent of older people in care homes in Southwark have now also had jabs.

Less clear is the number to refuse jabs altogether – as opposed to simply missing or postponing appointments – and why?

As we have previously reported there is compelling evidence to show that younger groups, and particular ethnic groups are less likely to take up the jab. So far, however, there is limited local data in the public domain to understand the picture on the ground.

Vaccinations in the borough are currently prioritised for the first four groups as recommended by the Joint Committee on Vaccination and Immunisation. These are as follows: older care home residents and staff; all over 80 and frontline health and social care staff; all over 75, and all over 70s as well as any extremely clinically vulnerable people – as long as they are not pregnant or under the age of sixteen.

Care homes are receiving further visits to ensure patients and staff who are still unvaccinated – either because they were unwell, unable to attend, or had decided against – have another opportunity.  Efforts are also being made to speed-up the delivery of vaccinations for those who are housebound.

As the News has reported, the council and CCG are working to recruit a network of ‘community health ambassadors’ to share accurate information about COVID-19 and encourage vaccination take-up, especially among at-risk groups.

According to figures shared at Southwark Council’s health and wellbeing board meeting on February 2,  116 residents who have expressed interest, and 53 have completed the induction training and are now fully registered. More than half are from black or ethnic minority groups – which the council hopes will help reach people who may be more likely to turn down the offer of a vaccine.

Officials say key barriers they need to overcome to drive vaccine take-up among younger groups include lack of trust in the authorities, safety concerns, the role of fake news and anti-vaxxer information, the belief that vaccination is another form of state control; and a lack of understanding of who is most at risk of COVID-19. Public Health officials hope to have a network of ten pharmacies delivering jabs across Southwark by mid-March, which they say may help overcome some residents vaccine concerns.

Politicians get the vaccine and urge others to book theirs

Cllr Charlie Smith, who represents Goose Green ward, told the News: “Lorraine and I did not hesitate when it was our turn to get the jab.

“The whole process was extremely simple and safe. Therefore we are asking all over 70s not to wait to be called but either contact the NHS online booking system or call 119 free between 7am and 11pm.

“The more of us who take up the vaccination, the sooner we can get back to a normal life.” 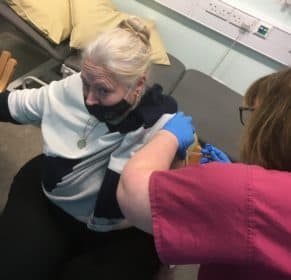 Southwark NewsNewsVaccine rollout: Who has had jabs in Southwark?