Vandal smashes 14 windows, causing thousands of pounds worth of damage 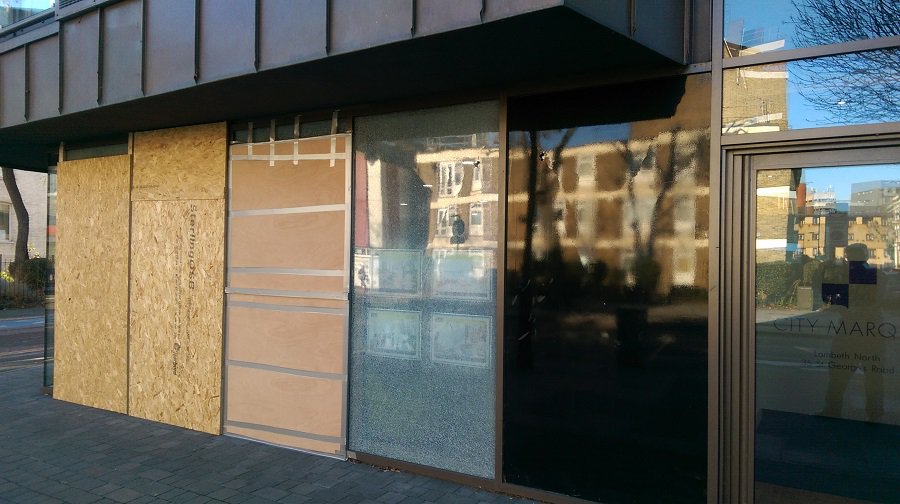 A vandal has been menacing  local businesses, causing some £20,000 worth of damage by smashing fourteen windows with what is thought to be a catapult.

London South Bank University has been targeted six times, while estate agent Global House Esates, on the junction of Elliott Row and St George’s Road, has had three windows smashed in the space of just a couple of weeks.

Police believe the same person could be involved in each of the incidents, which all took place overnight between January 5 and 22.

PC Steve Woods, dedicated ward officer for Cathedrals Safer Neighbourhood Team, told the News that something like a catapult or slingshot may have been used to smash the windows.

“All we know is that a couple of items were recovered that were projectile-based, such as ball bearings,” he said. “So we think a slingshot or a catapult is the likely cause.

Thousands of pounds worth of damage was caused to the windows

“No one has been hurt; they are not targeting people the incidents always taken place when buildings are closed.”

PC Woods said the windows, which have been boarded up, cost an estimated £1,500 each.

Anyone with information is urged to contact police on 101 or Crimestoppers anonymously on 0800 555 111.