Friday, May 8, marks 75 years since the Allies victory in Europe 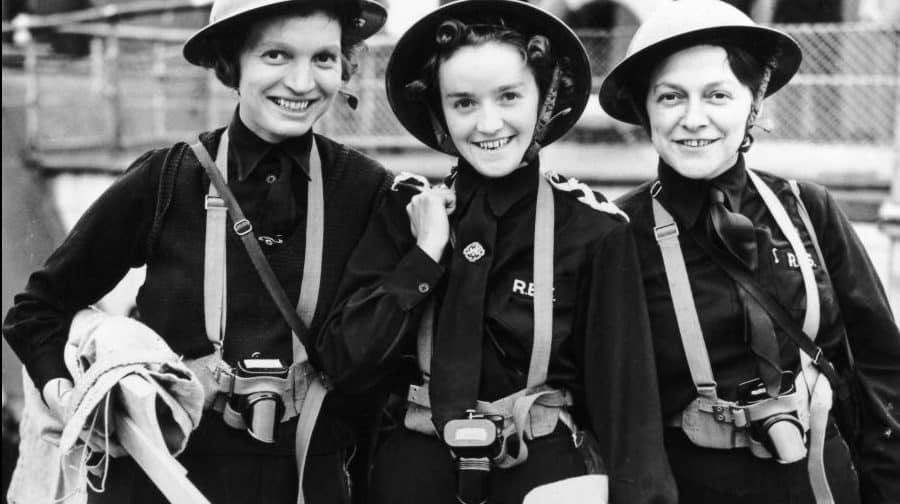 River Emergency Services' volunteers carrying bandages, and blankets and taking a break from their civil defense duties to pose for this photograph.

The Museum of London has released images of wartime Docklands from its archive to mark the 75th anniversary of VE Day.

Click on the image below to launch the gallery. 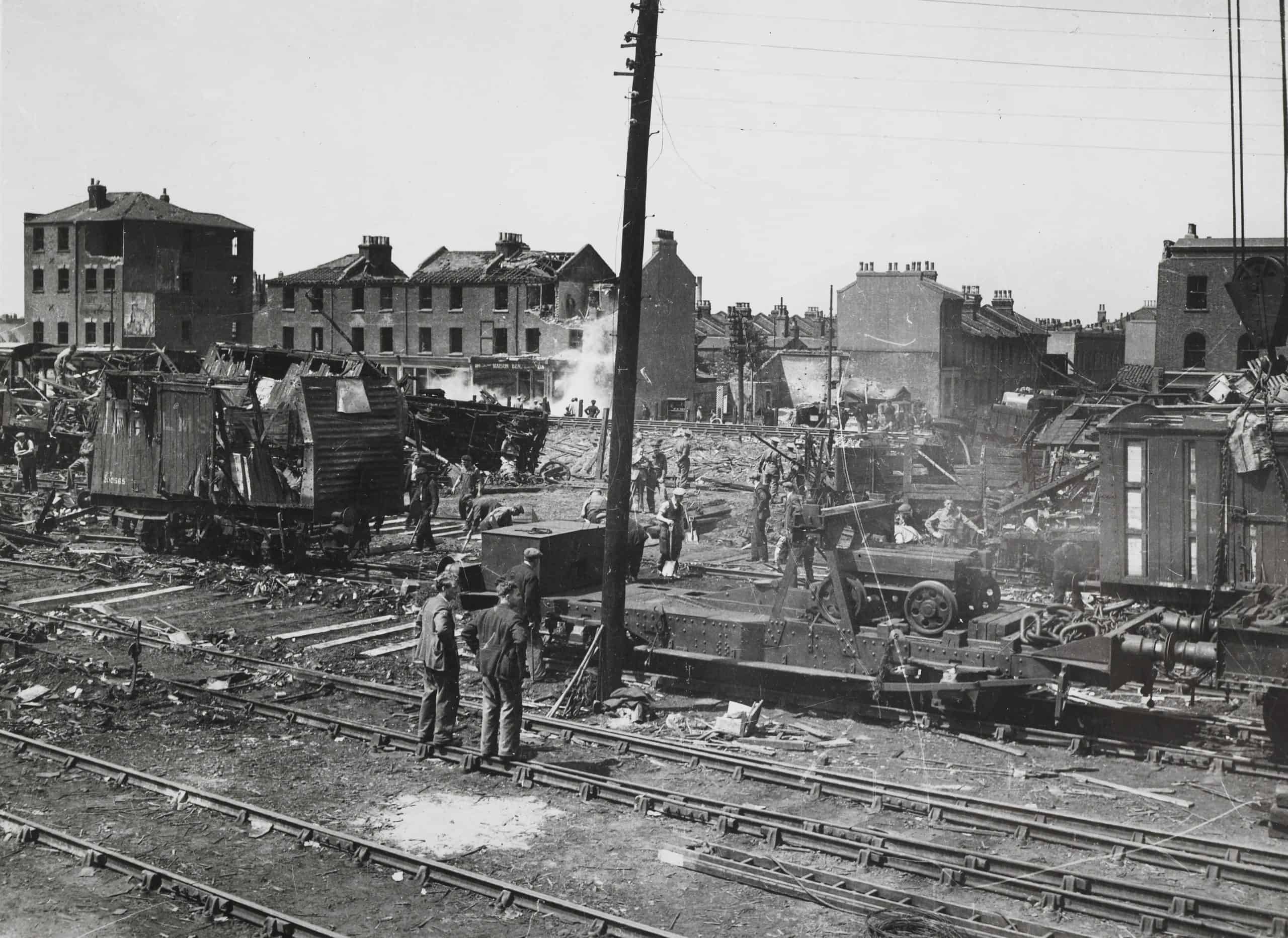 Damage caused by a V1 rocket which hit Royal Victoria Dock in 1944. 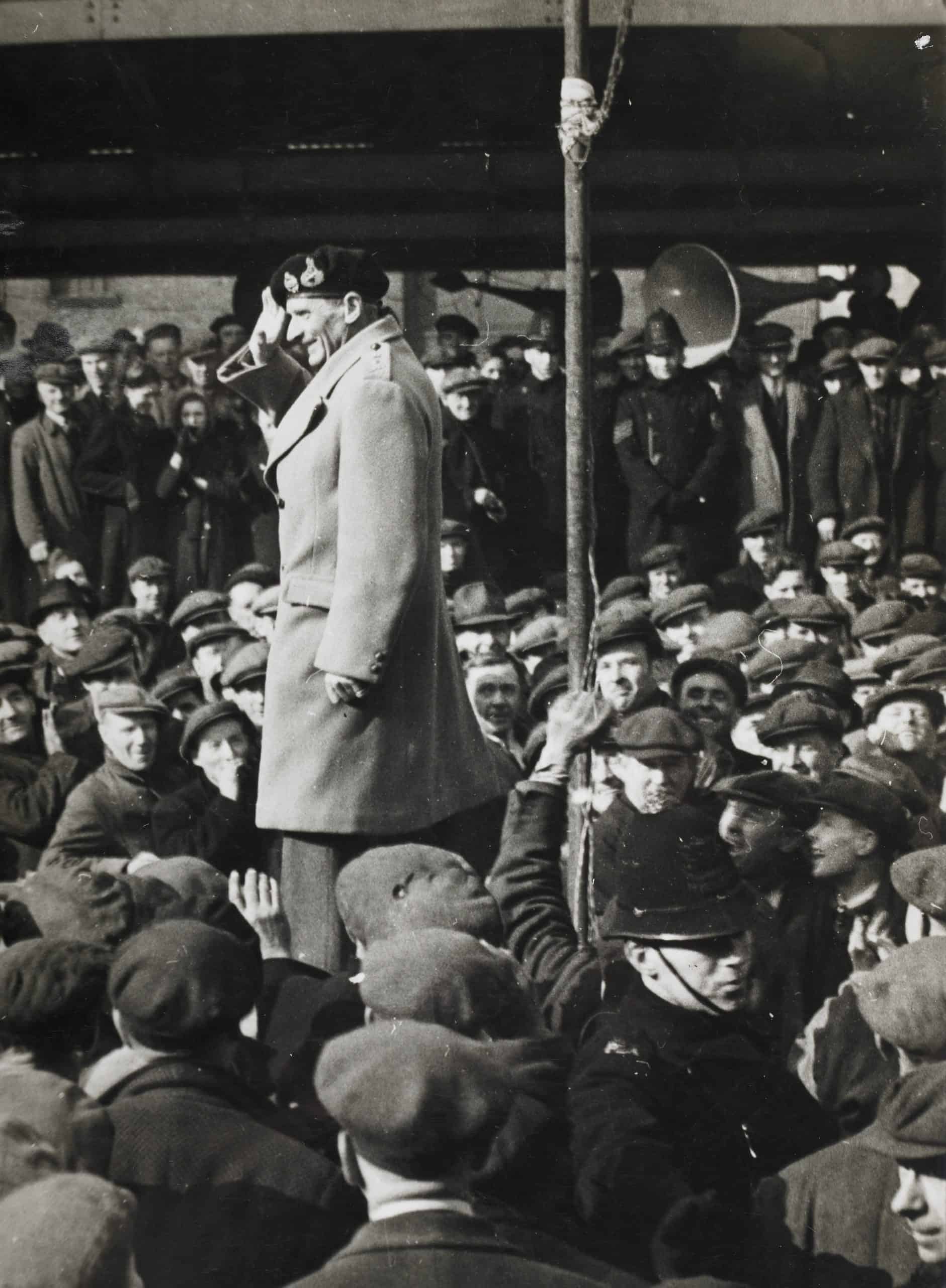 General Montgomery speaking to 16,000 port workers before the invasion of France in June 1944. His speach was relayed by microphone to every dock and major wharf in London. He was telling them of their vital role in the build up to D-Day. 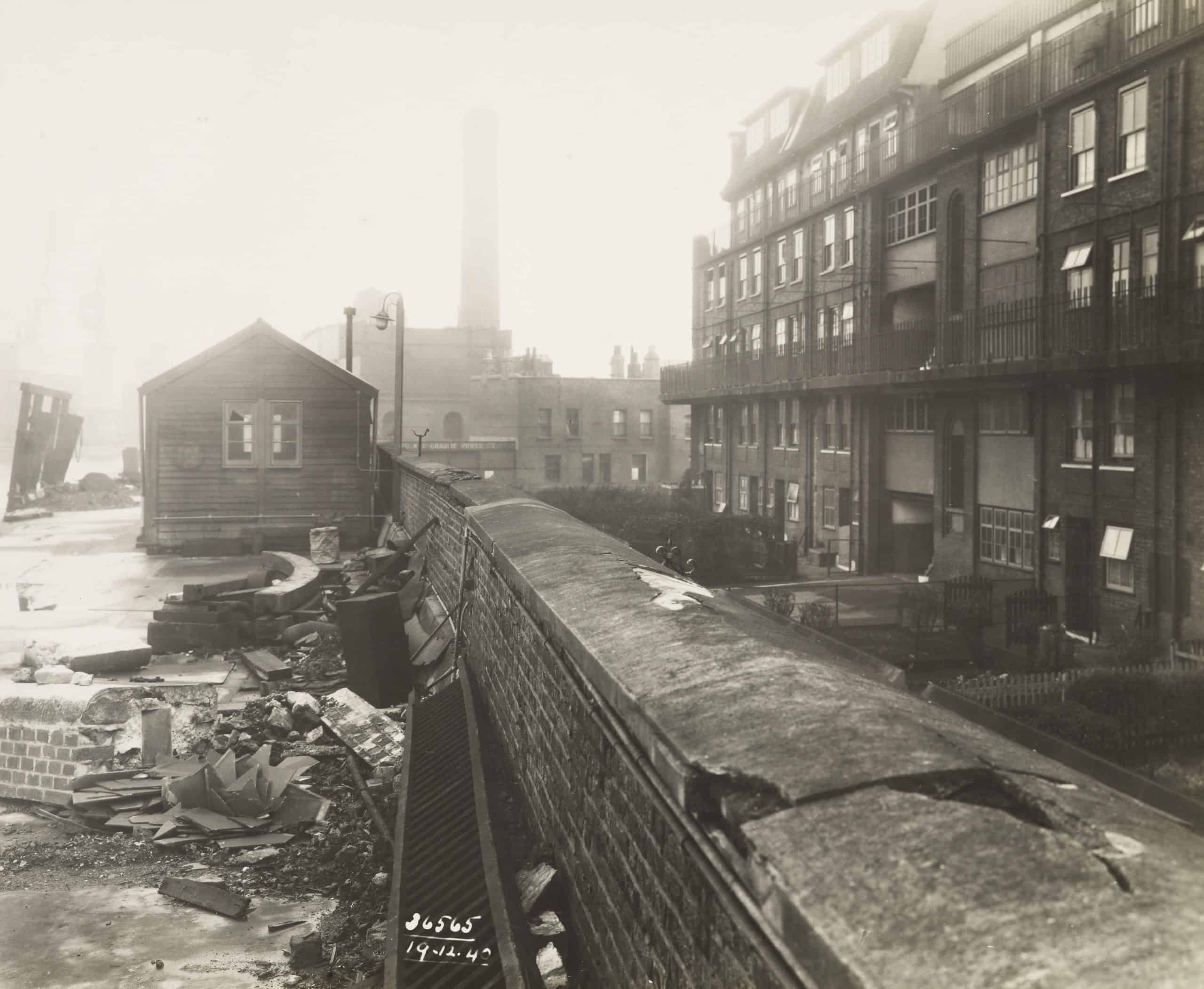 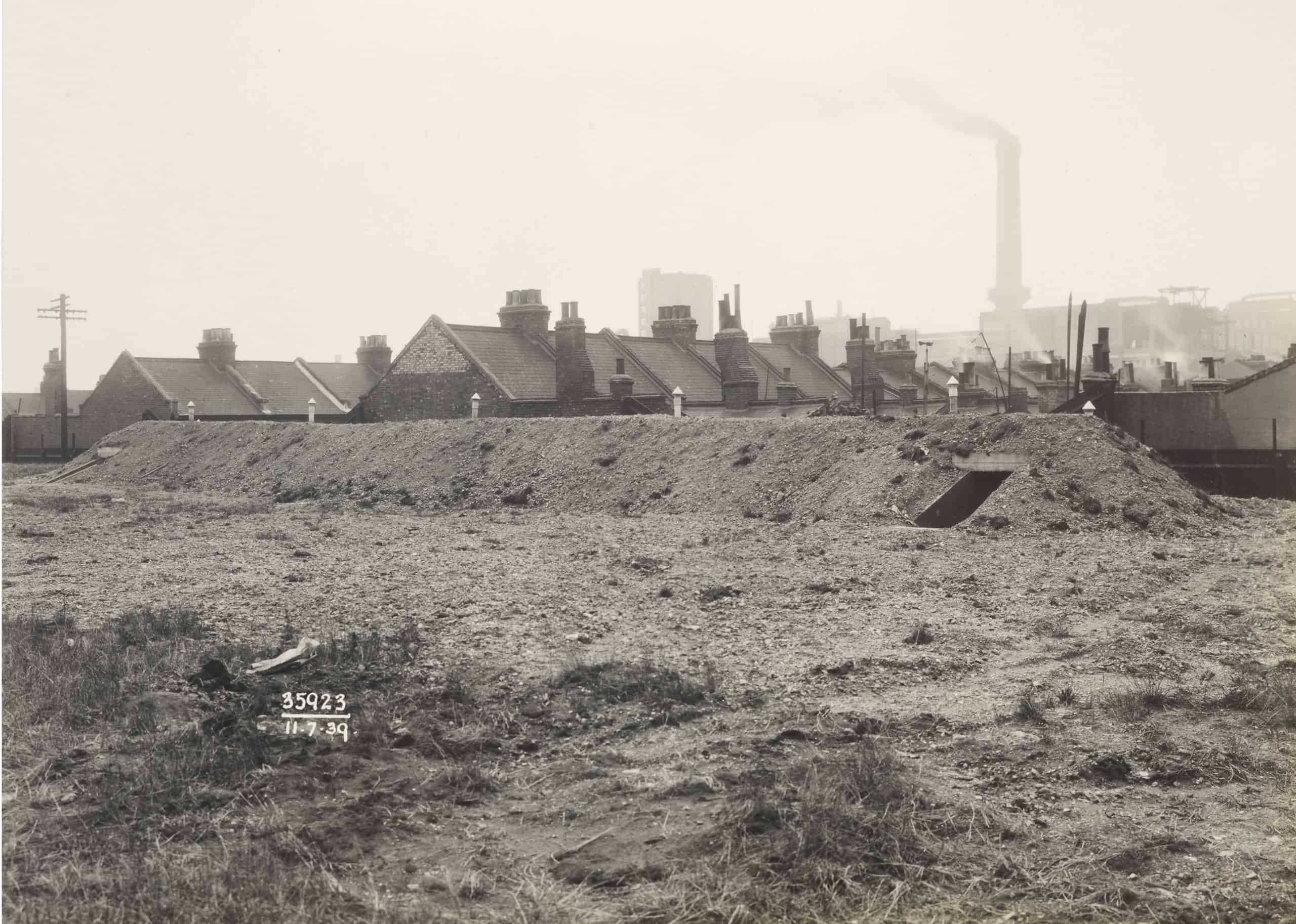 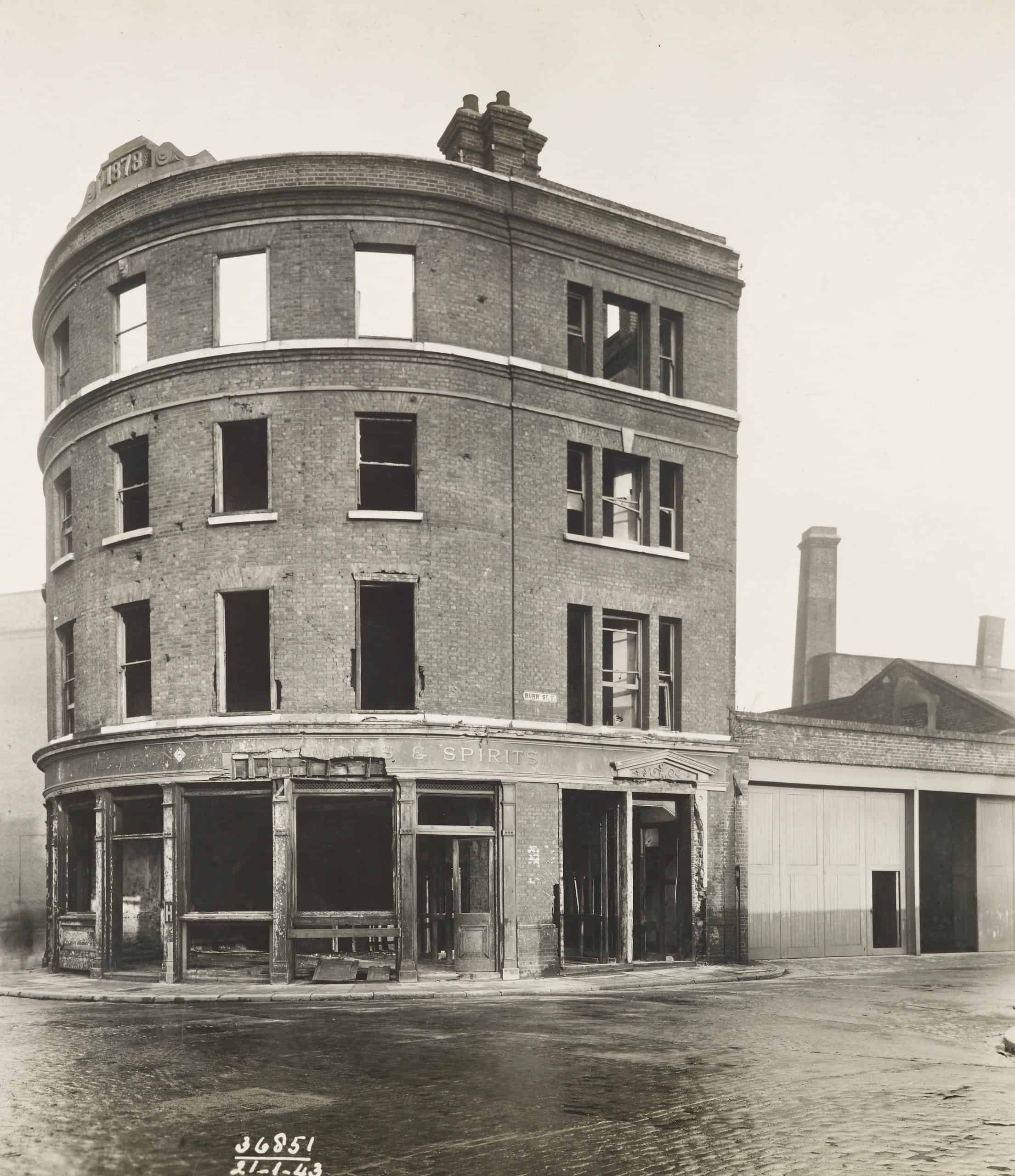 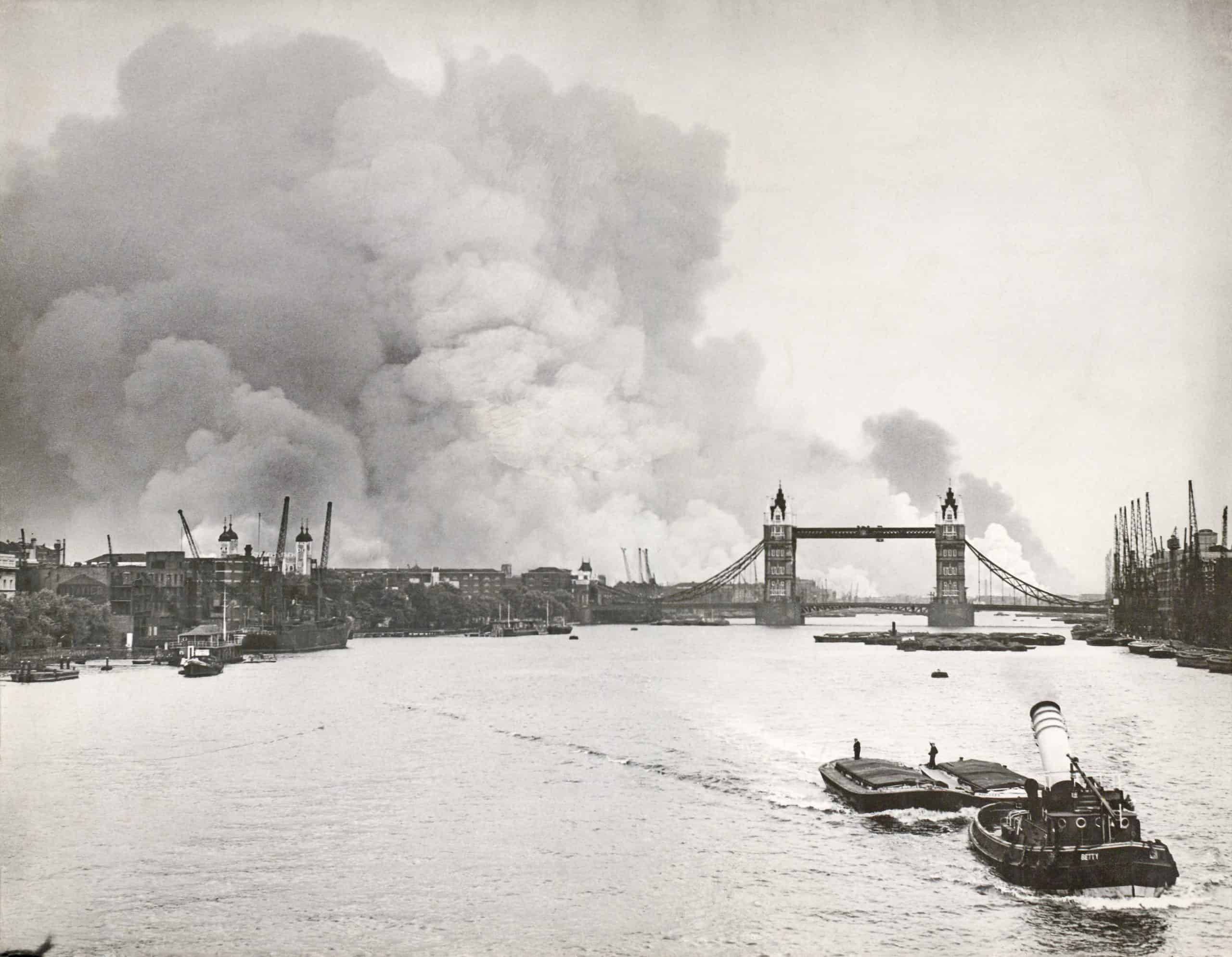 The Docklands ablaze during the Blitz on 7th September 1940. The rising palls of smoke mark out the London Docks beyond the Tower of London, the Surrey Docks to the right of the bridge and the West India Docks on the Isle of Dogs in the distance. This image can be found on page 36 of the book London’s Changing Riverscape. 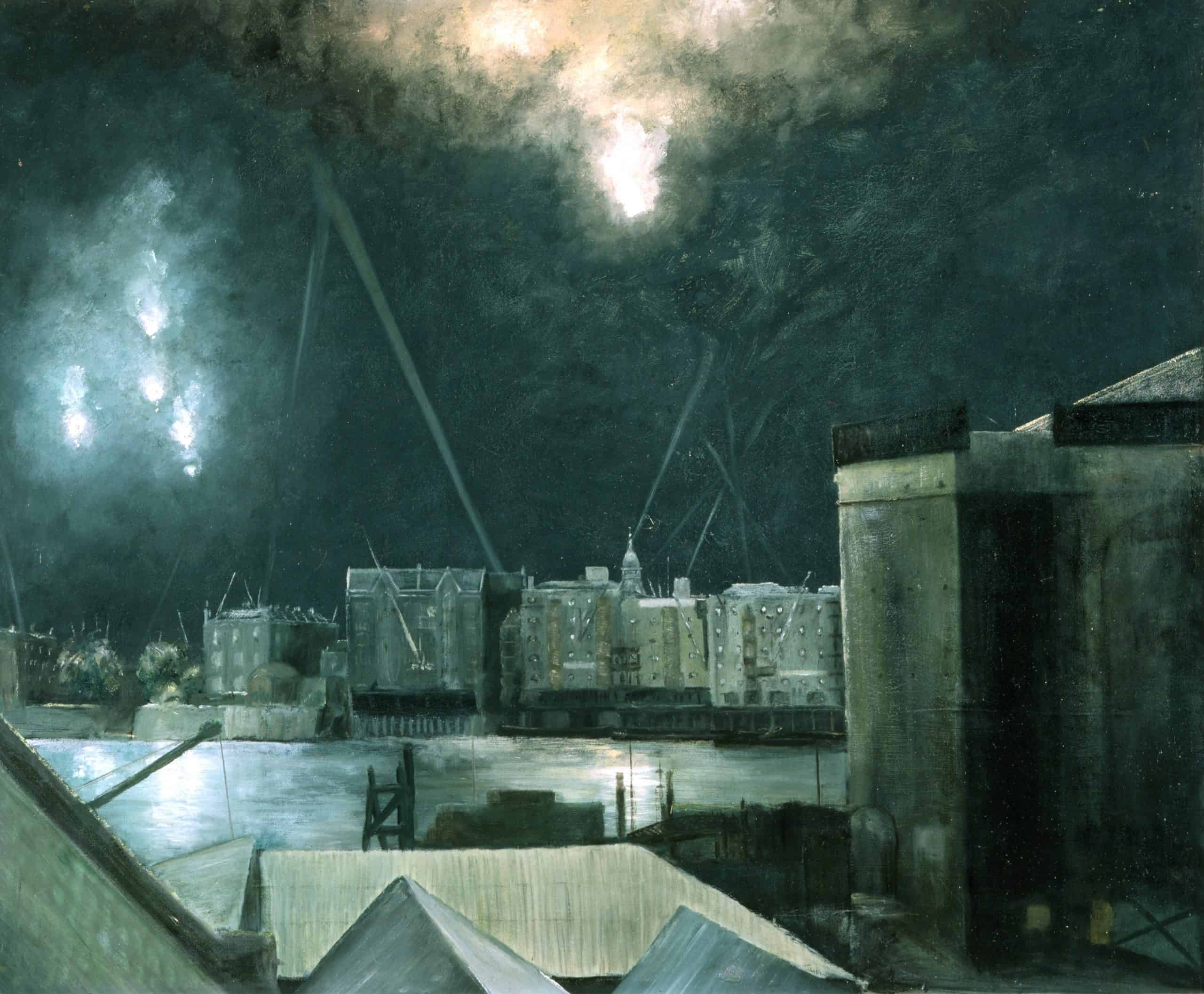 Night Raid over London Docklands This is a dramatic view of a night time raid on the city, during the Second World War. From Rotherhithe on the south bank, the scene looks towards Wapping and depicts parachute flares, deployed by German bombers, illuminating the sky. They fall towards the Wapping entrance of the London Docks, seen in the background on the far left, as searchlights criss-cross the night sky. 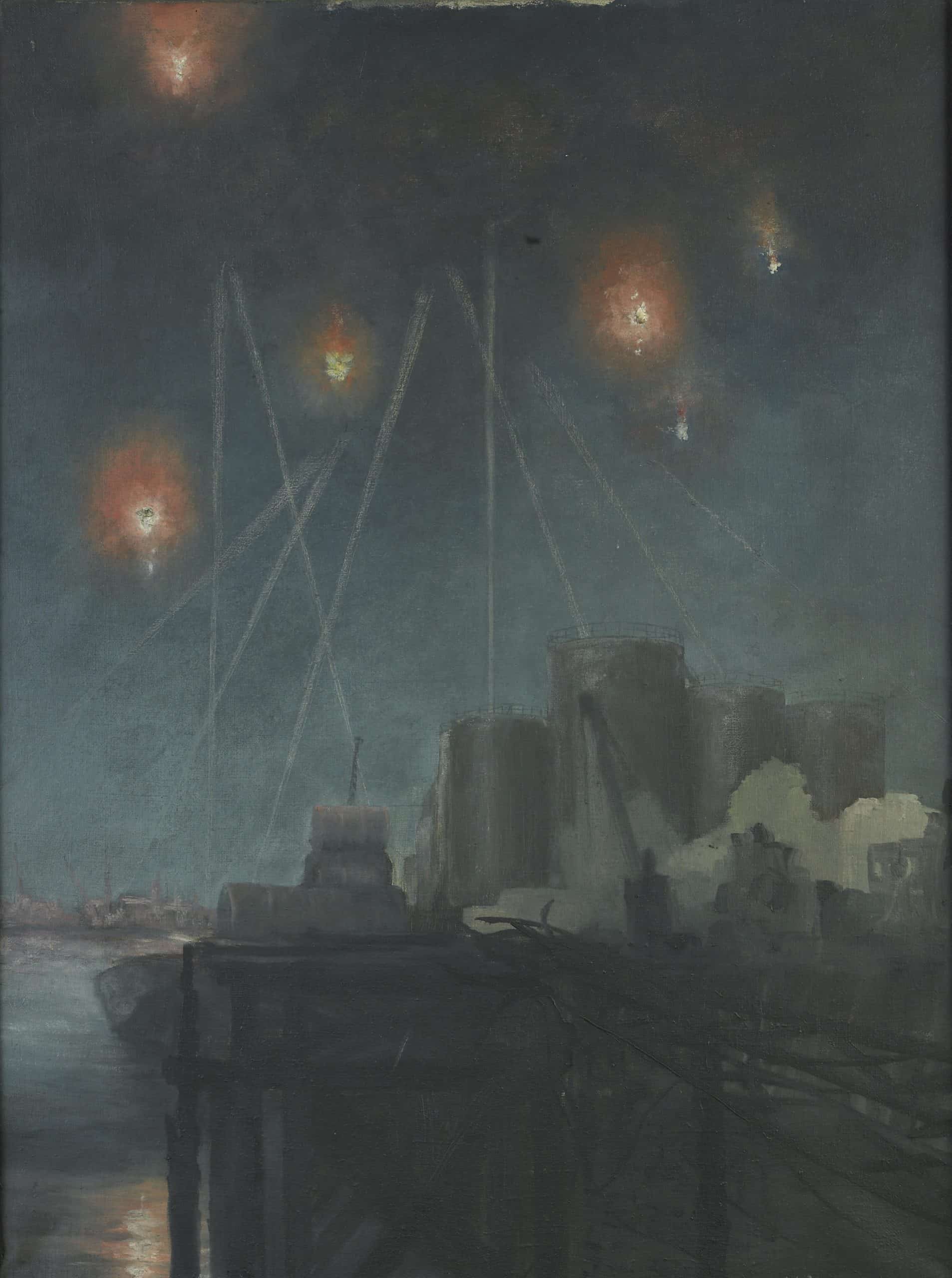 Night Raid over London. Wimbledon-born Haines was one of the Second World War’s ‘fireman artists’. This painting depicts an air raid during the war: anti-aircraft shells exploding over Dockland oil tanks are illuminated in the night sky. 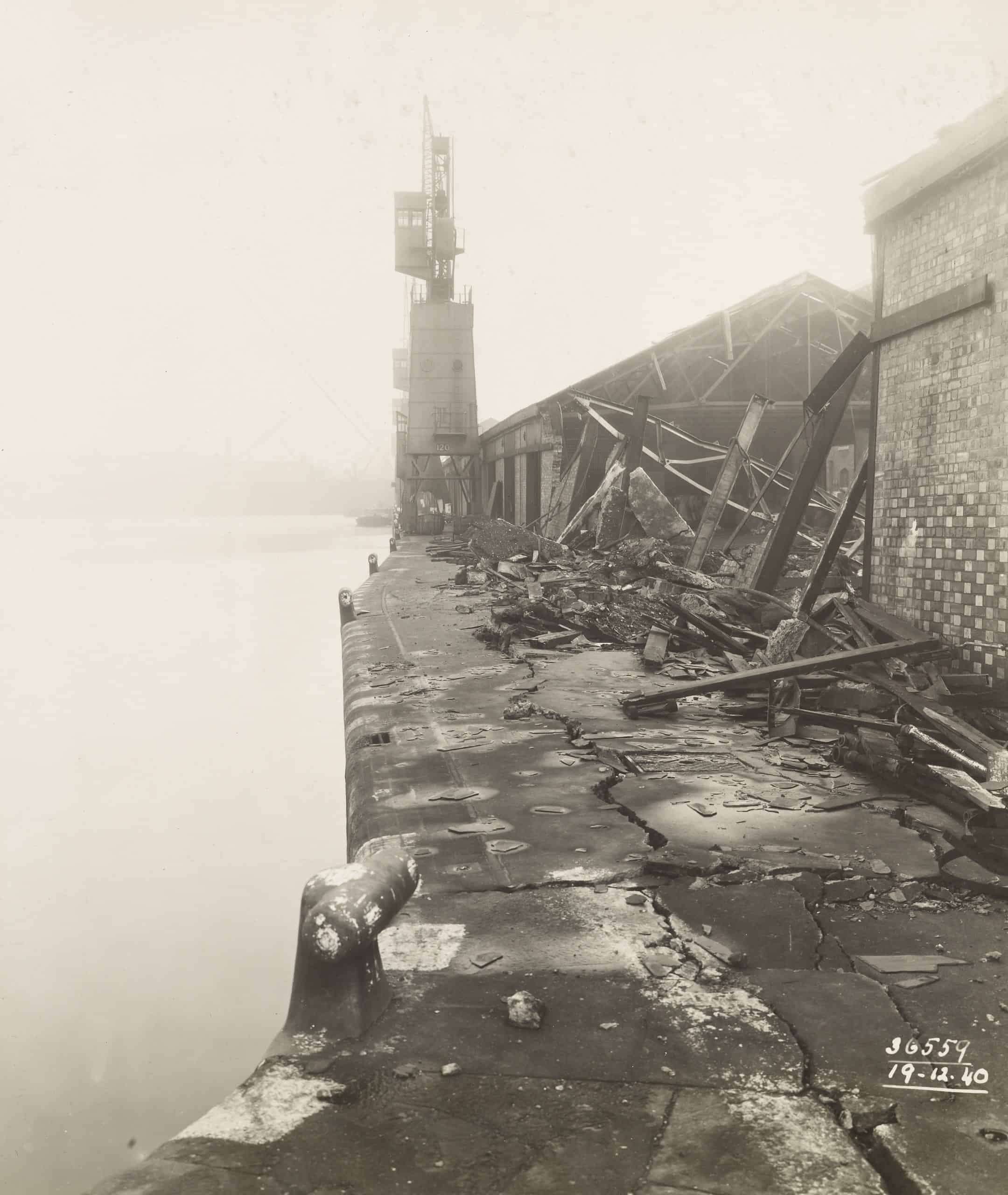 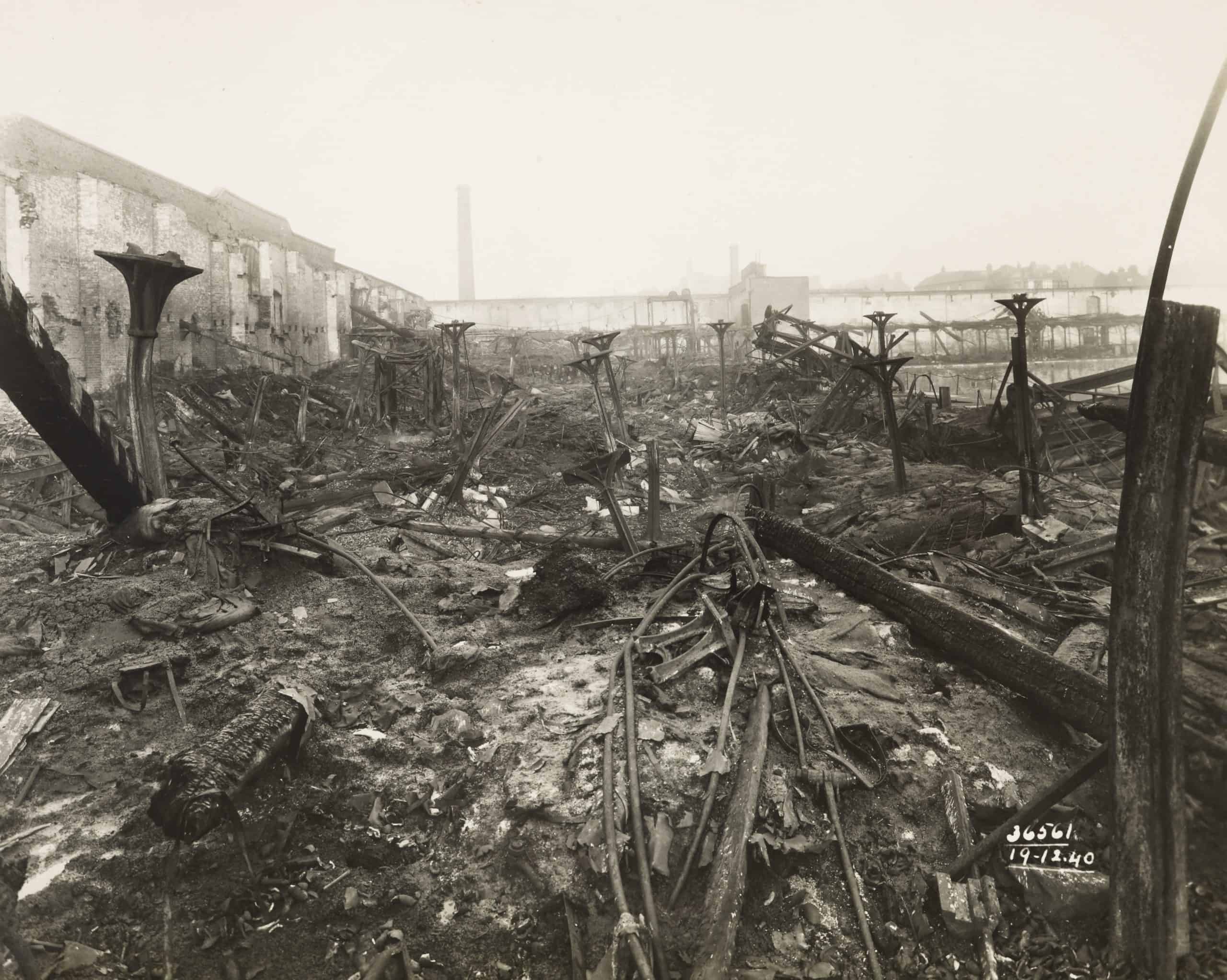 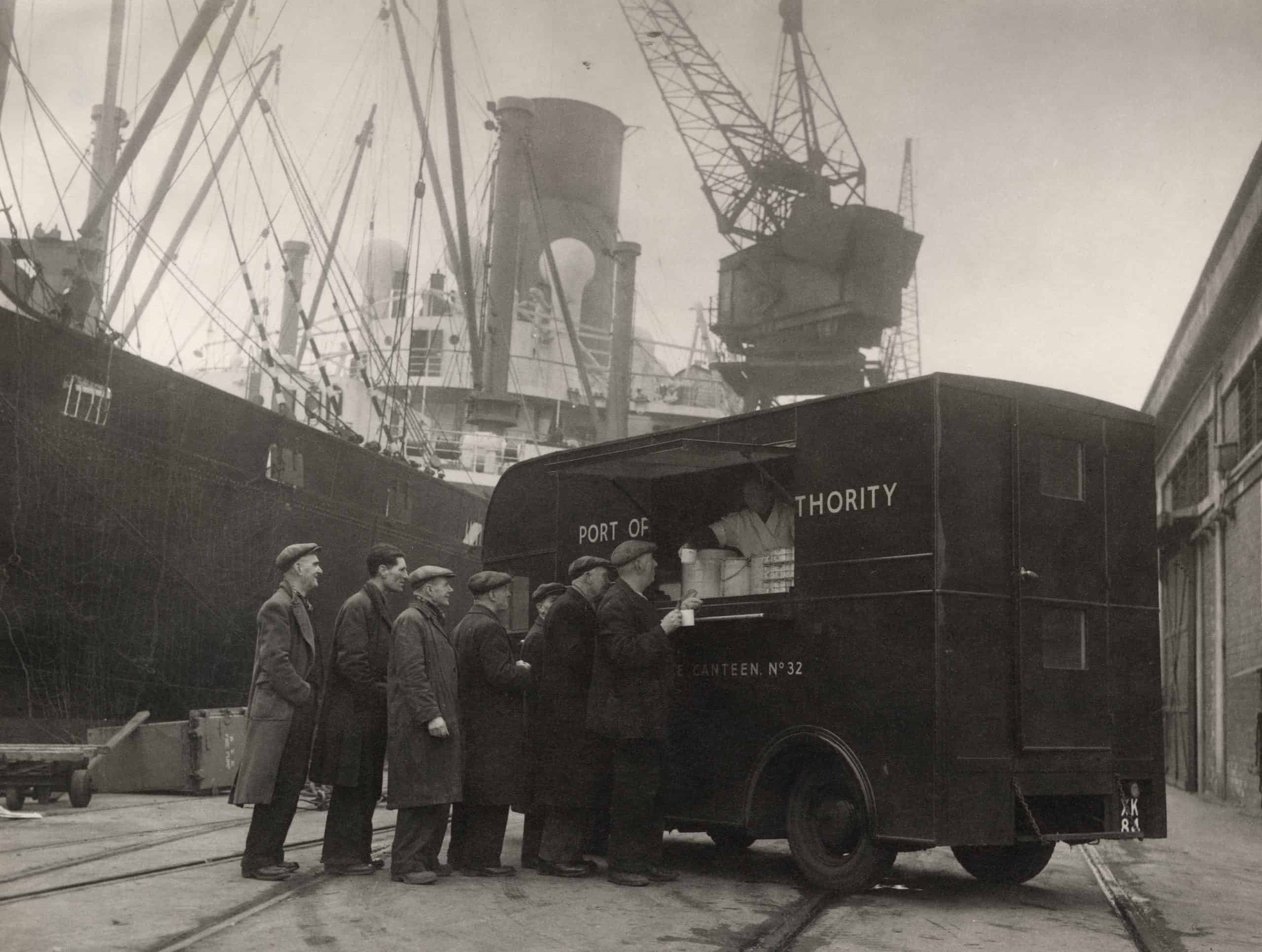 The crucial role of the dockers to the war effort brought some improvement in their working conditions, including the introduction of mobile canteens. Here the staff of the PLA’s Mobile Canteen No 32 dispense tea to queuing dockers. Port of London Authority 1942. 1942 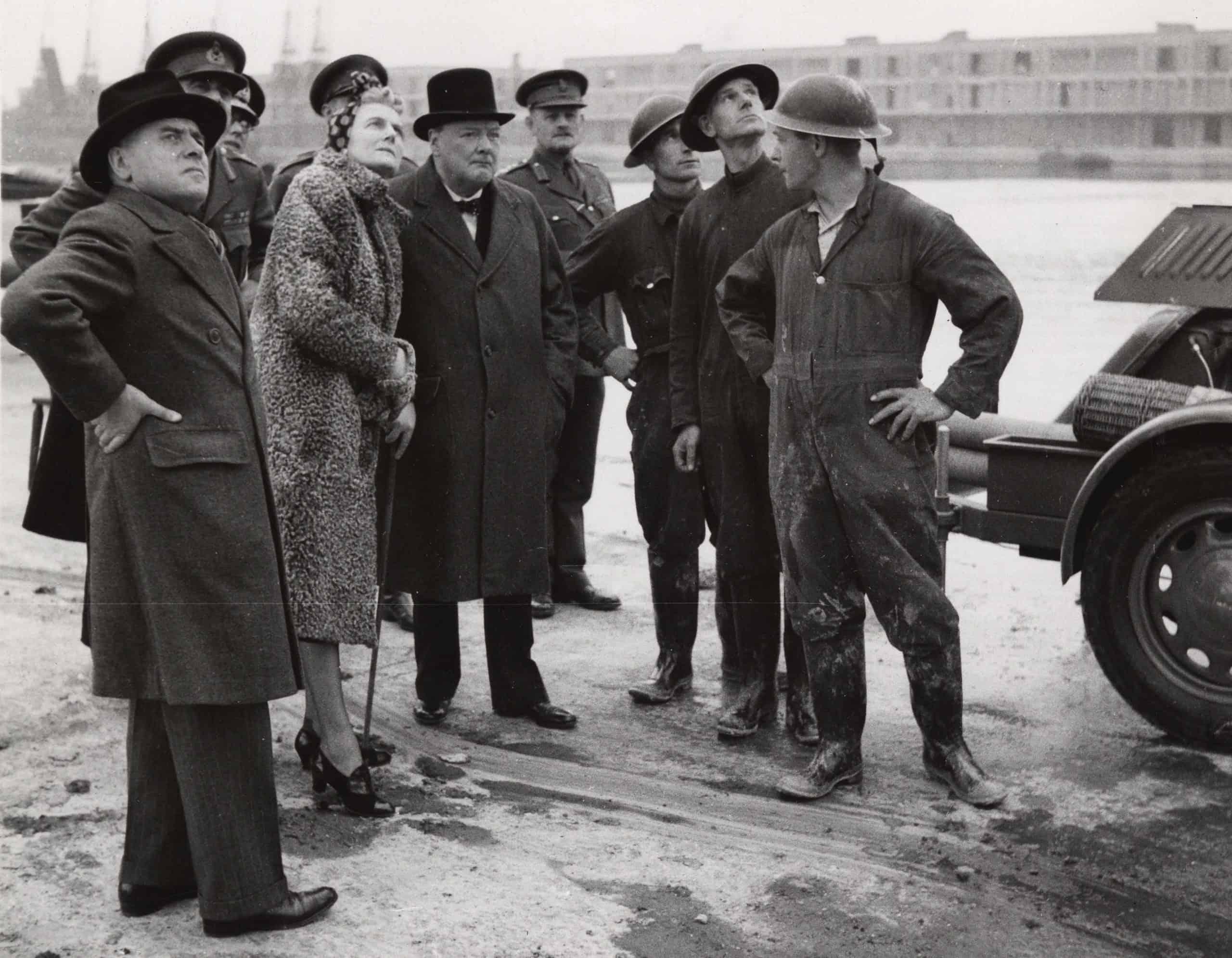 The Prime Minister and Mrs Churchill, with the Flag Officer, London, and J Douglas Ritchie (on left), touring London’s dock in Sept 1940, seen with a group of auxiliary firemen 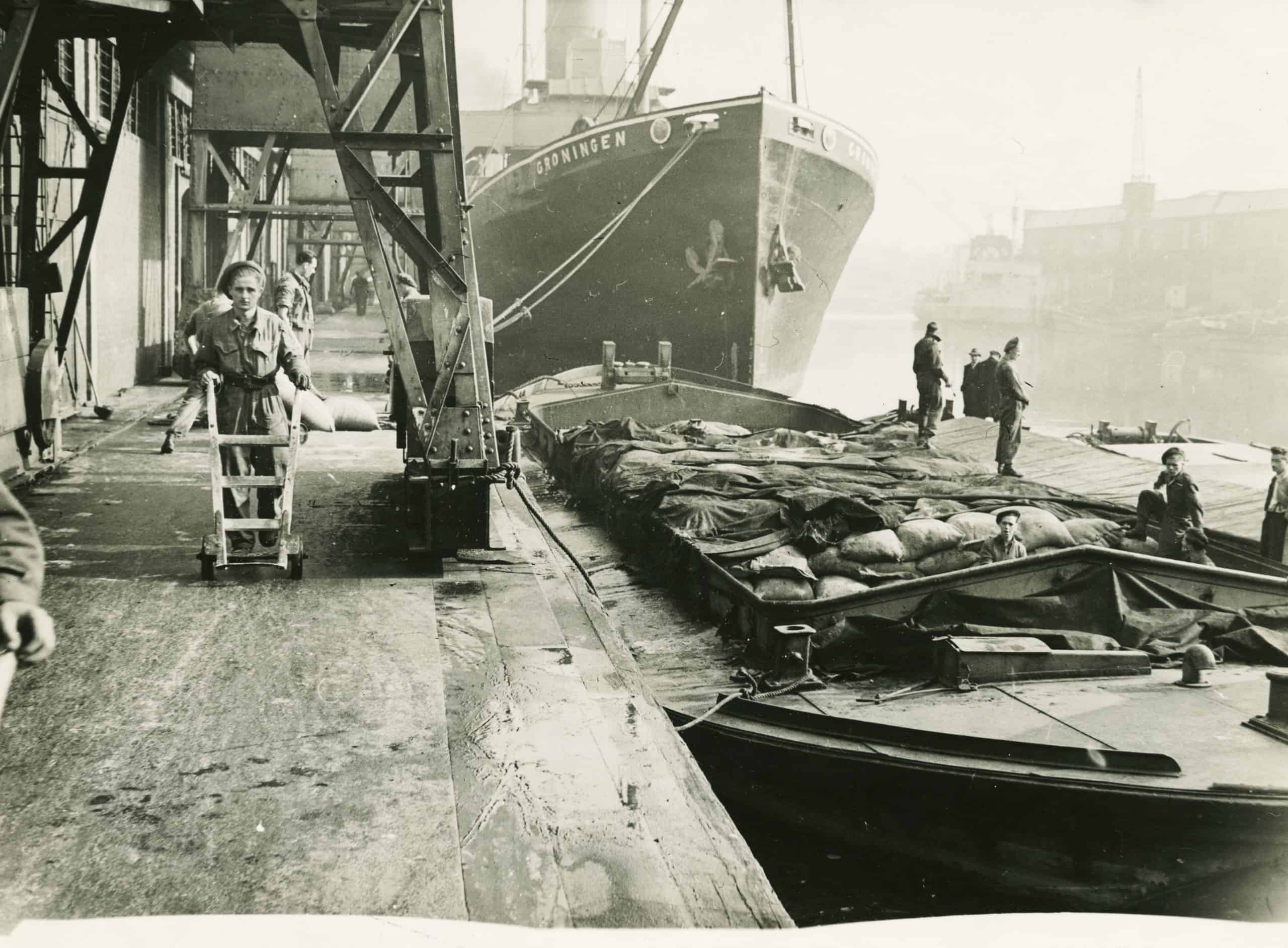 During a dock strike, millitary labour was called in to unload essential supplies. A grass-roots strike in October 1945 was not backed by union officials but port workers who had supported the war effort were determined to improve their working lives. 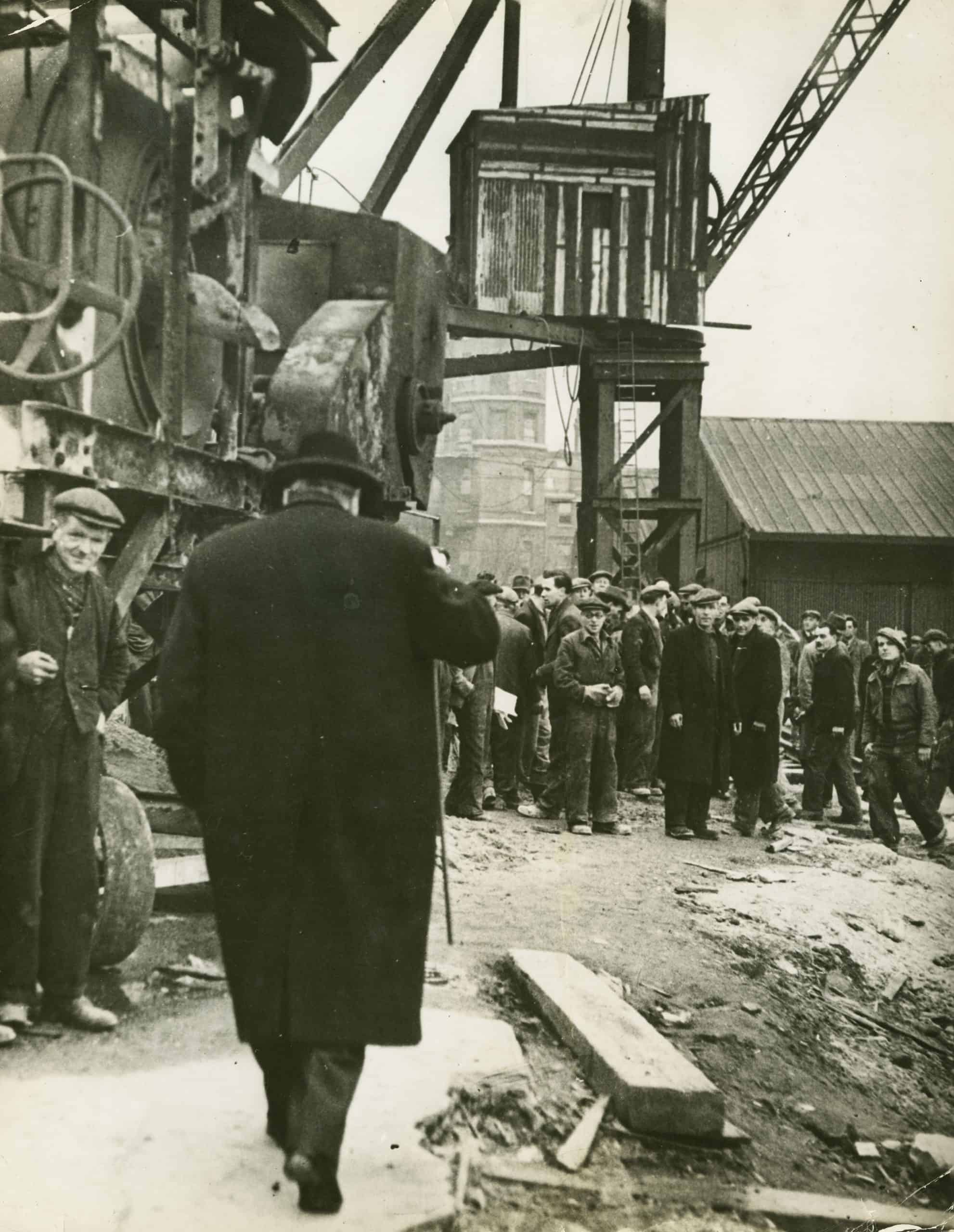 The Prime Minister, Winston Churchill, with some of the thousands of British workers engaged upon the construction of sections of the prefabricated ports, East India Dock, 1944. Two prefabricated ports, each as big as Gibralter, were manufactured in Britain in sections, towed across the channel, and set down off the coast of Normandy. The use of the prefabricated Port greatly simplified the problem of supplying the Allied Armies in France. The dock was pumped dry to allow for the building of concrete ‘harbours’ that would be towed to France for ‘D Day’. British Official Photograph, No.P.1771.WB.Ministry of Supply. 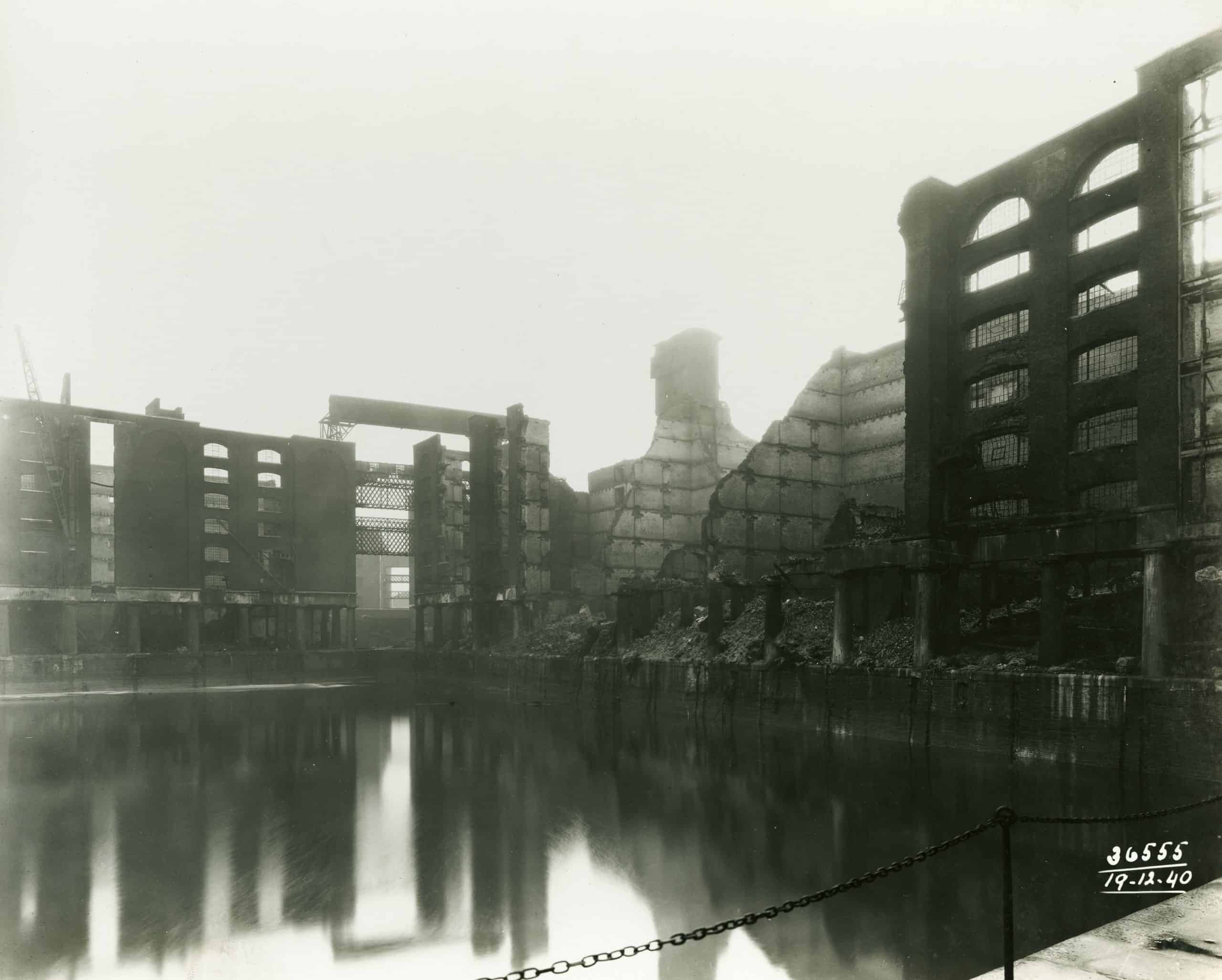 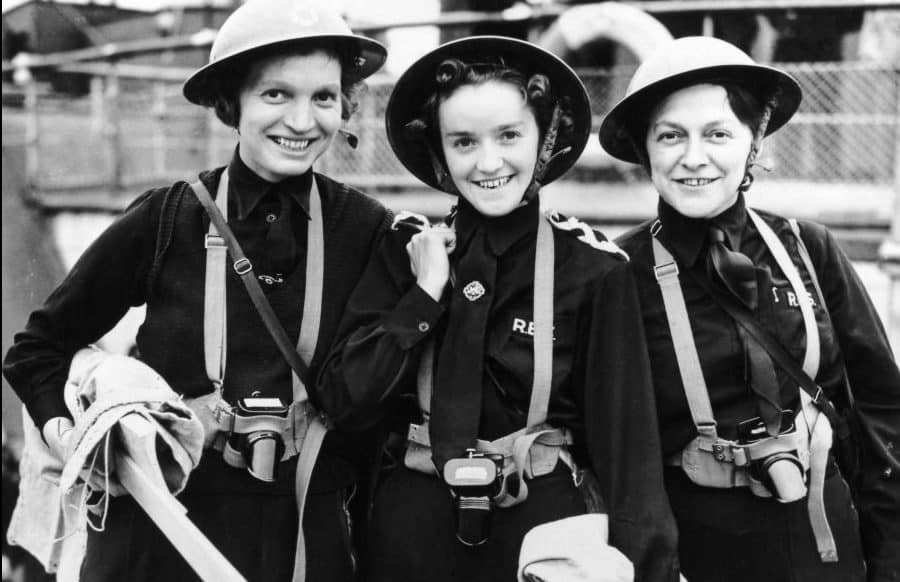 River Emergency Services’ volunteers carrying bandages, and blankets and taking a break from their civil defense duties to pose for this photograph.

More than 25,000 bombs fell over London’s docks in World War Two during the Blitz.

As the museum is closed during the lockdown, it has released a series of images commemorating London’s wartime history.

The photographs and pictures chart the devastation caused by the Blitz to the city’s industrial heart, the resilience of Londoners during this time, and Docklands’ subsequent recovery.

All images courtesy of Museum of London.